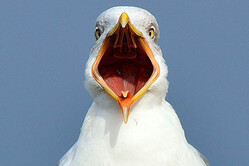 Just where was Nico Rosberg at the Canadian Grand Prix? That’s the question being asked by the Pitpass team as they gather to run a critical eye over round seven of the 2016 season.

Following an intriguing Monaco Grand Prix and a week in which editor Chris Balfe had been performing daily rain dances in an attempt to spice up the action in Canada, the weekend proved comparatively dry… though chilly. There were some incidents and the race wasn’t too bad, but it wasn’t the blockbuster the Circuit Giles Villeneuve so often delivers.

Lewis Hamilton’s performance, particularly at the first corner, set chins wagging and raised the question of driving standards; not because the reigning world champion had done anything wrong as such but because Formula One seems to be failing in terms of such hard tactics according to Mat Coch.

Sebastian Vettel may not have stolen victory following his lightning start but he did steal the show post-race according to Balfe, after hijacking Lewis Hamilton’s television interview to share his love of ornithology. It was unscripted, off the cuff and showed the personalities of both Vettel and Hamilton and that, according to Balfe, who has long argued the fact, is where the sport could win so many new fans.

There are notable mentions for Max Verstappen and Carlos Sainz, a quiet pondering over Force India’s weekend, not to mention a chink of the glass for McLaren and Fernando Alonso.

In that glass is of course the sport’s new official frosty elixir, as announced over the weekend… though, according to Bernie, not because of the rumoured £127m on offer.

With another race this weekend the team shares its thoughts on the forthcoming Grand Prix of Europe, and why popping in to the hairdressers for a quick blow dry might be a bad idea.