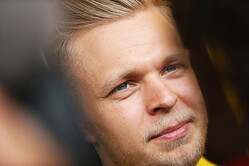 Renault Sport Formula One Team scored its first points of the 2016 Formula 1 season after a strong and spirited drive from Kevin Magnussen to finish seventh in the Russian Grand Prix at the Sochi Autodrom. Jolyon Palmer finished shy of the points, making five places from his starting position to finish P13.

Kevin Magnussen: "It feels really good to get these points for the team as I know how hard everyone's been working this season. I made a great start, but then lost a couple of positions at the first corner because of a spin in front of me. After that I was pushing hard for the entire race, made some good overtakes and I had a great pit stop from the crew. We were a bit lucky today; we've been unlucky in the past so I've certainly no complaints!"

Jolyon Palmer: "It's great for the team to get our first points of the season and I'm pleased that we're making genuine progress with the car. Kevin showed what is possible today so that's a good target for the next races. Overall we've learnt a lot of positives this weekend so I feel there's a lot to build on for the races ahead."

Fred Vasseur, Racing Director: "After the Chinese Grand Prix everyone dug deep so to finish strongly in the top ten at a circuit where we didn't expect to excel is a testament to the resolve of everyone in the team. Kevin drove a superb race and there was nothing more we could ask of him. Jolyon didn't get quite the same opportunities in his race but drove well too. A big thank you to everyone at Enstone and Viry for their continued efforts."