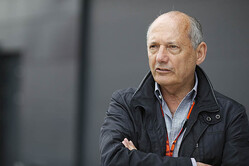 Ron Dennis is laid low by a virus, but will attend the Japanese Grand Prix.

Not seen at arguably one of his team's most important races of the season, Ron Dennis' absence from the Suzuka paddock has led to media speculation.

As his team struggles to 14th and 16th on the grid, despite Fernando Alonso's "mega lap", and amidst speculation over the future of Jenson Button, the big question is 'where's Ron?'

Fact is, according to a McLaren spokesman, he's been taken ill.

"Ron has a virus, and has been confined to bed in a Tokyo hotel room for the past two days, but he intends to come to the circuit on race day," a spokesman told Pitpass.

Rumours that Ron has been watching DVDs of the 1988 season remain unconfirmed.