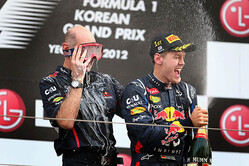 Other than the surprise inclusion of Korea, which the World Motor Sport Council admits has yet to be confirmed, the only change to the provisional calendar announced in September is that which sees China change places with Bahrain.

On the other hand, running the Korean and Spanish events back-to-back does appear ambitious, to put it mildly.