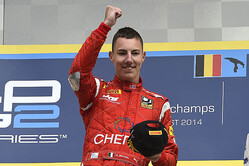 The youngster, who made his GP2 debut this year taking victory at Spa-Francorchamps, will be the first Italian to drive for Ferrari in an official test session since Davide Rigon at the Silverstone test in the summer 2013.

Under the guidance of FDA boss Luca Baldisserri, Marciello admits: "I can't wait to come out of the garage at the wheel of the F14 T; it will definitely be a special emotion."

The two days of testing will see the team carry out a programme of development and experimentation with 2015 in mind. The conditions for the test will be different from those of Sunday's race as they will be held earlier in the day. Despite that it will be possible to make useful comparisons with the data gathered during the weekend, to report back to Maranello for a comparative analysis on the various components.