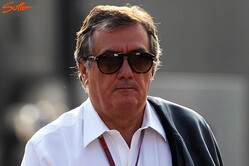 Still very much involved in motor sport, Minardi, now he is outside F1, is able to vent his spleen from time to time, more often than not echoing the thoughts of millions of ordinary fans.

In terms of the new look F1, courtesy of the raft of regulations introduced this season, the Italian feels that some are rushing in to judgement, whereas the new formula should be given time to develop.

"F1 has undertaken a hard and upward path: maybe too many novelties have been put together too quickly," he admits, "but I'm sure it will be able to please us soon with great satisfaction. In the course of the next GPs, what now is defined as ‘boredom' will turn into exciting races."

Though he sold his team to Australian Paul Stoddart in 2001, between 1985 and then his cars used all manner of engines including the Motori Moderni V6 turbo, Ford V8 and V10, Ferrari V12, Lamborghini V12, Hart V8 and Fondmetal V10, nonetheless, he feels the row over the current noise produced by the turbo V6s has been blown out of all proportion.

"The world has taken a direction and issues like noise pollution and energy saving are themes of the present," he said. "Thanks to the resources made available by the circus, new solutions might be quickly developed. For instance, in Italy all racetracks have to fight against the laws on noise pollution, which limit the activity on the track.

"I've heard that enthusiasts have taken a distance from F1 because the cars don't make noise anymore. But are we really sure that the problem is the rumble of V6 Turbo? Out of the millions of spectators that have watched the GPs all over the world on Sundays, the ones with a possible right of complaining would have been the fans present at Albert Park and Sepang. All the others have watched the races on the TV.

"Instead of judging on mere intent, insiders and specialists should concentrate on serious elements such as penalties," he continues, "their management by the FIA and the subjectivity of decision makers.

"Penalties are the loss of Formula 1," he insists. "Decisions taken against Magnussen, in particular, and Ricciardo, scare me and damage the F1 environment. Keeping this path, they'll cancel those possible duels that have been part of the races' DNA and have contributed to write the history of this sport, besides making the fans falling in love. With present parameters, legendary duels such as Villeneuve-Arnoux (Dijon, 1979) or Piquet-Senna in Hungary would be unconceivable.

"Last Sunday, McLaren was heavily penalized for a normal race collision: Raikkonen himself, immediately after the race, admitted he hadn't understood what happened. We are talking about a hit between a portion of the front right wing and a back wheel. I understand the safety issues, but if we cannot accept this kind of episodes, all we can do is play with videogames," he warns.

"Regarding Red Bull, sporting delegates have been able to penalize Ricciardo twice - first with a stop and go of ten seconds and then with a 10-place Bahrain grid penalty - but he was actually guilty of nothing. The team saw immediately that the wheel wasn't well-secured and so, before he was back on the track, he was stopped and brought back. Which kind of damage did he create? What scares me more, by the way, is the non-objectivity of delegates in decisions, given the fact that the working team changes at each race. Furthermore, in the same Grand Prix, no decision has been taken regarding Vettel's behaviour, who squeezed in Nico Rosberg: this was actually a situation of danger."

Minardi believes that one solution to this randomization of penalties would be for the FIA to appoint a team of permanent stewards.

"The FIA has to make a quick intervention, choosing a unique working team which has to be the same for all races," he urges. "In this way, unpleasant episodes - conditioning the result of the race with non-homogeneous decisions - would quickly be avoided. Also: let's not deprive drivers of the emotion of trying to brake at the limit, for the fear of being handed a penalty."

And so say all of us.