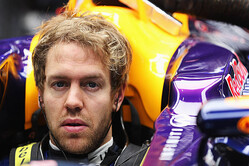 Ahead of the second pre-season test Renault's Remi Taffin believes the major issues that dogged the teams using his company's engines in Jerez have been resolved.

While Red Bull's problems were mainly thought to be to do with the packaging of Renault unit within the RB10, all three teams suffered hardware and software issues.

In a teleconference Taffin said he believes the issues are on their way to being resolved and that this week's test in Bahrain, which will witness the public debut of Lotus, the fourth team powered by Renault, the majority of the issues should be resolved.

"We left the first test with a lot to do on our side, mainly facing hardware and software issues," he said. "With regard to the hardware we are now confident the problem we had in the first test has been solved and we will be in a position to go out in Bahrain without all these issues.

"As for the software we've improved our level," he continued. "We're still behind our initial schedule, but not beyond what we would have done in the first test. We should be okay in Bahrain to go out on the first day with a car that should be working.

"We are ready to do what we would have liked to have done in the first test," he added, "which is to properly test the power unit and give our customers a way to discover their cars.

"The problems are worse from the outside than they are from the inside," he continued. "There is development on the hardware and software. It's not a fatality, but that's where we are. We are trying do everything at the same time, but then sometimes we have to prioritise so it's not easy to have everything altogether at once."

It has been suggested that the new 2014 power units, part of the biggest set of changes to the sport in its history, are hindered by the various components being unable to talk to one another such is the complexity of the software involved. Taffin denies this.

"It's not a communication problem. It's how you make them work together," he said. "It's not like one is not talking to the other, it's basically the language they use. We have to get this working, and what we hope to achieve on the first day in Bahrain. If the work we have done recently is okay, which we think it is, then we should see the difference in Bahrain, with cars out on track, which will mean we have solved the problem."

In reference to the performance of the Mercedes and Ferrari units in Jerez, and claims that Red Bull - and the other Renault users - are already way behind schedule, he said: "We are behind schedule, but it's not a question of months. We are at least where we would have sought to be for the first test, so maybe now we are three weeks behind, and now we are on a recovery plan.

"We're now going to go into Bahrain with what we would have liked to have finished the first test with," he added. "As for our rivals, let's put it this way, they are probably four days ahead of us as they had a proper test in Jerez, and we didn't."