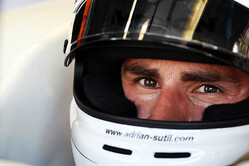 Adrian Sutil believes that Lotus decision to miss the opening test at Jerez will damage its 2014 campaign.

Earlier this week, Lotus Technical Director, Nick Chester, revealed that the team will miss Jerez and will instead make its 2014 a couple of weeks later in Bahrain. "We're going to keep our car under wraps a little longer than some other teams," he admitted. "We've decided that attending the Jerez test isn't ideal for our build and development programme."

Ahead of the biggest raft of regulation changes in living memory, and with only twelve days of testing before the season gets underway in Melbourne, rival teams are looking to get in as much track time as possible and Sutil, who joins Sauber after six seasons with Force India (including Spyker), is convinced Lotus will rue its decision.

I think real testing at the moment is what we need and not simulator work, because you can't simulate everything," he told {i]Reuters. "In the end you need to go on the circuit and see how it goes.

"This is a very important test and we don't have much so I think it's clear that it will be a disadvantage for Lotus," he continued. "But who knows why they decided it? I would say it is definitely not good."

While Chester argues that it is the right move and that Bahrain, as opposed to Jerez, offers "representative conditions" in which to debut the car, the more sceptical wonder whether the team's financial situation might have more to do with it, especially in light of the deafening silence in terms of Mansoor Ijaz and his pals at Quantum Motorsport.

Referring to claims that the tests, indeed, the opening races, will see high levels of unreliability as teams and engine manufacturers attempt to cope with the numerous changes, Sutil isn't quite so sceptical.

"Maybe we have no problems at all and everyone will do laps and laps, who knows?" he said. "Normally with a new engine you suffer a few problems. But I don't think it will be a disaster, because I believe everyone knows how to build an engine and it's not that we are not professionals. Mercedes, Ferrari, Renault are all big manufacturers and should know how to deal with this situation."

Of his own future, Force India having opted for an all-new driver line-up - well sort of - the German is positive.

"It was time for a change," he insists, "for me it looks definitely another step up.

"I think it's all in there," he continued, "they have the knowledge of how to do it. I think it's just about having the financial package all together which is quite difficult for all small teams at the moment. If that financial part comes better and better I think this team will make a big step."

Sauber is one of many teams struggling financially at the moment however, the decision to retain Esteban Gutierrez will maintain the (financially) healthy relationship with the youngster's wealthy Mexican backers.

Sauber has yet to announce its launch date however, Sutil's comments suggest the team will follow the example of Mercedes and Caterham and roll out the car on the morning of the first day at Jerez.