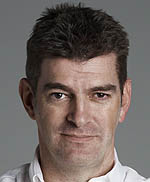 Marussia has asked Bernie Ecclestone for a more level playing field in terms of prize money, claiming that finishing 11th in the 2012 Constructors' Championship cost the team £35m.

Talking to the Guardian, Graeme Lowdon, chief executive of the Russian-owned team which has yet to score a point, claims that the way the prize fund is allocated leaves the odds stacked against the smaller, weaker teams.

"There are stories up and down the paddock of teams facing financial challenges, which, in this day, in a sport watched and loved by so many people, is not a brilliant advert," he said. "It puts undue pressure on the team. All we ask for is a level playing field. We are not asking for much.

"The problem in motor racing is that under the current regulations there is a performance benefit in the more money you spend. You can buy success, to some extent. Most teams, if they have money, will spend it and, if you spend everything you have and then find out you are not getting it, you have a problem."

Finishing 11th of the 12 teams that contested the 2012 championship - having been pipped by Caterham in the season finale - the Banbury based outfit claims they lost up to £35m in prize money, around 63% of its operating budget. Additionally, Ecclestone has now cancelled the $10m paid each year to the smaller teams that make up the grid.

"Outside of Mercedes we have probably made the biggest step forward in sheer pace," said Lowdon. "We have made a massive step forward. People can see we are doing a good job on extremely limited resources. We have a suitably obscene amount of money to go motor racing with but nowhere near the levels of the other teams.

"If we had another couple of tenths in the car, we would be troubling some pretty big names ahead of us, who have been in the sport for a long time," he insisted, a clear dig at Williams, yet to score a point this year. "All teams should be treated equally. For whatever reason, that does not seem to be the case."