No repeats of 2012 insists Allison 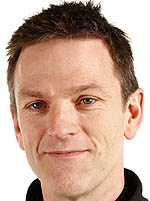 Lotus Technical Director, James Allison, insists there will be no repeats of the situation in 2012 when, having set a strong pace at Jerez, the team was forced to abandon the first test at Barcelona.

"We had a problem last year because we designed a single joint poorly," admitted the Englishman to the team's website. "We had created a suspension mounting which was capable of withstanding the loads if it had been made absolutely perfectly. However, that style of joint was very difficult to make accurately enough to get repeatable performance from each chassis.

"Once we realised our error we redesigned the joint so that the glue lines were capable of delivering the required strength without any scatter from chassis to chassis. On the E21 we've paid particular attention to this area so we're not expecting any repeat dramas.

Lotus came away from this year's opening test with Kimi Raikkonen and Romain Grosjean second and fourth quickest overall however, between them the pair only completed 272 laps compared to Sauber's 430, Red Bull's 372 and Force India's 357.

"Winter testing is exceedingly precious," admits Allison. "We get just 12 days to prove out a very complex vehicle. Twelve days to push the car and the team to make sure that we are match fit by the time we get to Melbourne. Jerez offers the teams four days of guaranteed good weather on a challenging track that will stress the car from both a reliability and a performance point of view.

"We leave this first test in high spirits having learned that the E21 looks both competitive and reasonably reliable," he adds.

Asked for his initial conclusion regarding the 2013 rubber, Allison continues. "Pirelli has changed both the internal construction of the tyres and also the tread rubber compound. In the former they have tried to improve the ability of the tyre to handle braking and cornering loads simultaneously and in the latter they are hoping to deliver exciting racing by aiming for softer tyre compounds that suffer rapid lap time degradation as they wear.

"From what we have seen so far the construction changes are helpful and we are adjusting our setup to make the most of them. Regarding the compound choices, we are happy with the direction that Pirelli are headed and the challenge for us is to find out how to make the rubber last better than our competition.

"The main thrust of activity between now and Melbourne is to build up the quantity of stock so that we can go racing. We used just one chassis in Jerez, but in a month's time we need to have four tubs ready to go. Gearboxes, suspension, bodywork and thousands of small parts all need to be made to allow us to commence the racing campaign.

"At the same time, we will be furiously building a crucial set of Melbourne performance upgrades to allow us to stay competitive. While the factory sweats to get this work completed, the travelling component of the team will plan and execute the remaining two tests. They will push the car as hard as they can to make sure we have amplified its strengths and minimised its weaknesses before we have to use it in anger."