Minardi: We're going back to the 90s 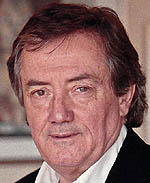 Former team owner Gian Carlo Minardi is concerned that Formula One hasn't yet fully woken up to the ongoing global economic crisis.

With the first of the 2013 launches just hours away, the founder of the team that all F1 fans had a soft spot for, and which is now owned by Red Bull's Dietrich Mateschitz, warns that Marussia's decision to part company with Timo Glock and the fact that several seats have still to be filled, indicates a return to the bad times.

"We're going back to the '90s, when the grid was composed by eighteen squads, mostly private, who had to integrate their budget by choosing rich drivers," he said.

"The impossibility to get enough money through sponsorship forces a team to choose those drivers who can either rely on the support of multinational companies or on the support of countries which use sport to promote their own products and tourism," he continued, "their choice is not based on the sport's meritocracy.

"The teams' financial situation won't get better, as the reintroduction of the turbo engine in 2014 will further increase costs," he warned.

Despite the various moves to reduce costs, the Resource Restriction Agreement (RRA), the ban on in-season testing, the strict limits on engines and gearboxes, Minardi, who talks from bitter experience, fears that lessons have not been learned.

"Strengths have shifted from one side to the other," he says. "Private testing restriction has forced teams to concentrate their resources on new sectors, such as virtual simulation. Moreover, top teams can rely on an in-house team which supports the technicians in managing the race.

"To reduce costs, it should be necessary to have less sophisticated cars, reduce the employment of electronics and aerodynamics and set rules which will help the development of material and technology to be applied on the series production.

"I can hardly understand how costs can be kept under control," he admitted.

"Racing has always been one of the most expensive sports. Since a long time ago, all the drivers who made it into F1 could rely on the support of their family and important companies. It's hard to see a driver pushing forward with his own resources.

"The revolution FIA is carrying on now is aiming at reducing the number of categories in order to make the talent identification process easier. In the past, we had only few categories: F1, F2 and F3. In F2 there were 4 or 5 constructors and more engine suppliers. That was the right way to emphasize talent.

"We must have the courage to make some steps backwards, even if it's not easy," he said. "The CSAI (Commissione Sportiva Automobilistica Italiana) has made a hard decision," he continued, referring to the authority's decision to cancel the Formula 3 championship in order to focus on Formula Abarth, "suspend the Italian Formula 3 Championship with the aim of collaborating with the FIA to achieve a change."

Looking elsewhere, he continued: "GP2, GP3 and WSR teams have many vacancies. The fact that successful teams haven't completed their line-ups yet, sounds like an alarm bell.

"Furthermore, there is another particular circumstance that should be taken under control: many parents are either buying or becoming part of racing teams to assist their sons' professional development. No doubt this means certainty to some teams, but, if results don't come, they could give up. That is what happened when car companies got into F1. As soon as the crisis started to affect the world of car racing, car companies left the scene, causing problems for the entire system."

As we said, the words of a man who talks from bitter experience, the man who brought Fernando Alonso to F1, and before him the likes of Jarno Trulli, Giancarlo Fisichella, Alessandro Zanardi and Alessandro Nannini.