Karthikeyan hits back at Vettel 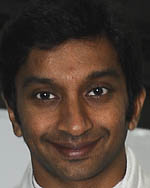 Narain Karthikeyan has hit back at Sebastian Vettel after the reigning world champion implied he lost the United States Grand Prix because of traffic, which allowed Lewis Hamilton to close and take the lead in the closing stages.

"I cannot listen to this nonsense anymore," Karthikeyan told Auto Motor und Sport. "In the drivers' briefing Charlie (Whiting) said we do not have to let anyone past in the twisty section of the first sector. It is simply not possible because, apart from the ideal line, it is very dirty.

"Charlie told us that we should let the faster drivers pass after Turn 8, the first slow corner," he continued. "That's what I did. Vettel was also present in the briefing, has he not been listening?

"He does this too often and it's too intense. Slowly, I'm starting to get tired of it."

Vettel caught the HRT at the beginning of the lap as they traversed the sequence of corners heading on to the long back straight. The delay allowed Hamilton, who had been pursuing Vettel without being close enough to get by, to close. Within the DRS zone and with a significant straight line speed advantage the McLaren driver made short work of the Red Bull to take the lead.

Vettel's subsequent moaning over the team radio was thought, by some, to refer to Hamilton's manoeuvre, which saw the German and Englishman get up close and personal, however, the rant was actually directed at the HRT driver.

Karthikeyan and Vettel have clashed before, Vettel famously calling the Indian a 'cucumber' after a collision in the Malaysian Grand Prix.