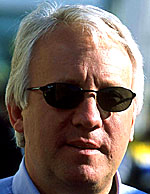 In very general terms, anything that can be done from the wheel is OK; anything they need to connect a computer for is not.
We are on the verge of issuing a note to the teams to give them a list of things that they can change when they connect their computers but that will be a very limited list.

What will happen if the weather conditions change between qualifying and the race?
We will allow certain changes to be made for ambient conditions. Normally, we only announce a change of climatic conditions if one (session) is dry and one is wet, but we have indicated to the teams that if there is a change in ambient temperature of more than 10¡C between qualifying and the race, we would allow them to compensate for that. But that's all.

What is the goal of implementing this change?
A team can't have a base map in the ECU that is only good for a few laps. If you want to use it, you have to use it for the whole race.

There isn't anything to prevent (a team) from exploiting the use of their exhaust gasses - providing those exhaust gasses are there for the genuine reason of engine combustion.

Will this affect every team equally, or will some suffer a greater penalty?
It is not for us to say whether or not one team will be penalised more than another. If depends how extreme they're going (with their previous map). I've certainly seen evidence of maps from a number of teams that are Ôextremely' extreme. And it's not confined to one team.

Why do you want to see this stopped?
Because it's illegal.

How big an effect will this have on qualifying lap times?
It isn't something that we concern ourselves with and it's impossible for us to quantify it. However, during discussions I've heard that the most extreme maps may give you half a second a lap, but that would vary from car to car.

Why will the off-throttle blown diffusers be banned from Silverstone onwards?
We know exhaust gasses have an influence on the aerodynamic performance of the car and we accept that. The point is that a design should not attempt to use the exhaust for a completely different reason (aerodynamics as a primary, rather than a secondary effect).

What are the new operating conditions with regard to throttle-opening and spark?
We only want to target this one specific issue - what we think is illegal use of maps for aero reasons. We don't want to influence the perfectly legitimate systems on the car - engine braking for example. We're happy for them to use that, but we want to be sure it isn't being abused.

One engine manufacturer is asking for a little bit more - for what appear to be genuine reasons. We have the ability to go back on this particular point, to look at 2009 maps, when (teams) did not have in place the exhausts that they have now. If they needed 28 per cent throttle in order to achieve 0Nm at 18,000rpm back then, then that would appear to be a perfectly reasonable request.

The engines haven't changed: they are homologated engines and identical to the ones we have used from 2007 onwards.

Similarly, we will look at any extreme use of ignition. We will know what the team used to do with regard to fuelling and ignition. If we see a clear imbalance then I think we will suspect it is being done for different reasons (other than delivering torque). We haven't put clear limits, we haven't put plus or minus 20¡, for example, for a given torque demand. We have just said the set up that you use for fuelling and ignition must be normal for the demanded torque. We are looking for anything abnormal. I think that's the best we can do for the moment.