Hello to our friends in Cloud cuckoo land 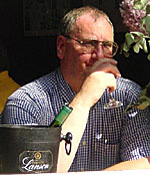 Back at the beginning of April, Pitpass ran an article stating that "the jury is still out" on whether the current 2.4 litre V8 F1 engines will be replaced with smaller and more environmentally friendly 1.6 litre turbo engines in 2013 as had been mooted. This caution was of course validated by today's news from the F1 Commission that any engine regulation changes have been delayed until 2014 and the proposed four cylinder unit has been scrapped.

Our article was based on a comment from a very senior source at the FIA who said to Pitpass' business editor Chris Sylt "I don't believe we ever voted clearly on the engine." The credibility of the source was so strong that we ran the article. However, the crucial point here isn't that we revealed that the four cylinder engine may never make it into F1, it is why it was scrapped.

Just as Pitpass wrote two months ago, today's Telegraph reveals that "[F1 boss Bernie] Ecclestone has written a letter to the F1 Commission... claiming that the vote over the engine ran counter to the governing body's own constitution." This precipitated the F1 Commission's decision to scrap the engine. Yet whilst this eventuality was easy for Pitpass to imagine two months ago, one F1 blogger still seems to be in denial.

Just hours after Pitpass' article in April was published said blogger, who proudly trumpets that he has attended several hundred F1 races since the summer of 1988, wrote a piece entitled "For those living in Cloudcuckooland." Rather embarrassingly this claimed that the "new engine formula for Formula 1 in 2013 has already been formally agreed and is going ahead, whether some of the people involved in Formula 1 like it or not."

This conclusion was obviously utterly flawed but, most worryingly, it appeared to have been reached as a result of the blogger's biased views as he described the reports which contradicted his view as being written by people "being led up the garden path by those with vested interests."

Today's F1 Commission decision demonstrates that Pitpass was indeed right to stand by its source and brought news to its readers months before it officially broke. It also goes to show that no matter how many F1 races someone attends, if they don't understand the mechanics of the business they may as well save themselves the money and report from home.

Perhaps unsurprisingly, the blogger now seems to have erased this little episode from history as they wrote yesterday that "one might conclude that the status quo appeals to the current competitors because no more opposition is going to emerge." One wonders why this didn't occur to them in April.

This pearl of wisdom was followed up with a piece today, in the aftermath of the F1 Commission meeting, which stated "as suggested yesterday Formula 1 will delay the introduction of a new engine until 2014." Of course there was no mention of the four cylinder engine which, according to the author in April was "formally agreed and is going ahead, whether some of the people involved in Formula 1 like it or not." The less said about that the better.