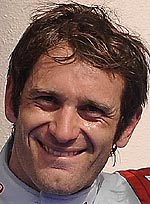 What is your reaction to the Turkish Grand Prix weekend?
Jarno Trulli: We are back on track and it was good to be fighting at the front of the grid again. To return to the top five immediately after what happened in Monaco is great and it is a credit to the team, who have worked really hard to improve our performance. We were not far away from the fastest car; there is still a small gap which we will work to close but we are moving in the right direction.

How did the team achieve such a big change of fortunes after Monaco?
JT: Basically it has been achieved through a lot of hard work after Monaco, by everyone in the team. Monaco is a one-off race and we felt sure our problems would not be repeated in Turkey but we didn't leave this to chance. We had a few upgrades, with changes to the front and rear wings, which brought additional performance. Overall we improved in many areas, including the start which was fantastic for me on Sunday. Timo and I have worked together with the team to understand where we can improve and the result we had in Turkey was a nice reward for our effort.

Did the car immediately feel competitive in Turkey?
JT: Normally you have a good idea straight away in first practice if you are competitive and in Turkey I was pretty happy from the beginning. We were clearly competitive and I knew immediately we would be in the top 10. We continued to get more performance out of the car in practice and in qualifying we were not far from pole position, even if the tyre situation was a little unusual.

What was the situation with tyres in Istanbul?
JT: Normally the softer tyres clearly give better performance over one lap but in Turkey there wasn't so much difference between the compounds in qualifying. We used the hard and soft tyres in each session to make sure we had everything covered but the lap times were very similar. In the race it was quite straightforward and both tyres worked well. I used the soft tyres for a short final stint but I actually set my fastest race lap on the hard compound; it was fourth fastest overall which shows we were genuinely very competitive.

How was the race for you?
JT: It was an exciting race for me because I was fighting on every lap. I had a great start and managed to overtake two cars into the first corner, so I was in third. But I was having trouble with the brakes locking and it was impossible to keep (Mark) Webber behind. After that I got into a good rhythm and I was battling hard with (Nico) Rosberg; I was ahead but he was pitting two laps later than me so took the position at the first stops. But I didn't give up. I knew I had to stay as close as possible to him during the second stint because we had more fuel on board. I was trying to make every lap like a qualifying lap and I stayed close, so when we both made our final pit stops I got out ahead. A lot of the credit has to go to the pit stop crew who did an amazing job to help me finish fourth.

What are your thoughts on the season so far?
JT: It has been a bit of a rollercoaster ride but right now I believe we are definitely heading in the right direction. The fact we are third in the Constructors' Championship shows how good our car is but the grid is very close in terms of lap times at the moment. We must develop as fast as possible to not only keep our current level but also put pressure on the teams ahead of us. Having new aerodynamic rules for this season means there is huge room for improvement during the season so our challenge is to continuously get more and more performance from our car.

Are you confident of being competitive again at Silverstone?
JT: I am an optimistic person so I am full of hope for the British Grand Prix. We think Silverstone will suit our car pretty well and, from what we saw in Turkey, we are at a good level. Of course, we need to continue to improve and we have a small gap on the fastest cars, but the team is working on that. Personally I don't have a lot of good memories from Silverstone for various reasons but I am determined to change that.