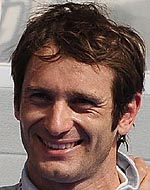 In the same way that Felipe Massa and Kimi Raikkonen have expressed their fears that all the years of tradition and history might be coming to an end if Ferrari leaves F1, so other FOTA drivers are now expressing their concern.

Speaking ahead of yesterday's Turkish Grand Prix, following a meeting involving FOTA team bosses and the 16 race drivers employed by their teams, Jarno Trulli revealed that the drivers share the same fears for the future of the sport as their employers.

"As far as the political part is concerned, I don't know much," admitted the Italian. "However, I do know that in the next week something should move, must move. Otherwise there will inevitably then be a split."

The Toyota driver revealed that all his colleagues - those the drive for FOTA teams are agreed, that they should... "follow FOTA and respect above all the work they are doing on the coming rules and the running of Formula One in a serious way for the future.

"At the moment we have to wait and see," he added, when asked about the possibility of a breakaway series, "because FOTA want to reach a solution together with the federation. However all of us drivers I think understand very well which is the right side to be on.

"Mosley must understand that there are some things that cannot happen," he continued. "The rules for 2010 are absolutely not good because Formula One must remain the number one sport in the world, with great technology and with the manufacturers. You can't try and bring in other teams that maybe have never had any idea about what it takes to compete with the cars and in a championship of such a high level. Above all, with (these 2010) rules we are completely out."

Speaking to members of the Spanish media, Trulli's former teammate, two-time World Champion, Fernando Alonso, was even more forthcoming when it came to revealing his fears for the future of the sport.

"I prefer to race in any other category before in the new F1," he said. "A model similar to GP2 or F3 is not interesting for any driver, for any sponsor or for any circuit or television network. In that case it would be a category without any sense.

"You cannot suddenly move from a budget of 500 million euro) to one of 45 million a year," he added. "It's possible in three years, which is what the teams are proposing. It's impossible for them to do more. Now the ball is in the FIA's court."

It certainly is, Fernando, the question is, however, who's holding who's balls?