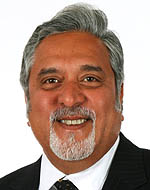 Speaking to reporters at the Istanbul Park Circuit, Force India boss Vijay Mallya has called on FOTA to reinstate his team after it was suspended for breaking rank and signing up unconditionally for the 2010 World Championship.

Mallya insists that the decision to lodge an unconditional entry in time for the May 29 deadline wasn't about breaking rank with the FOTA teams but because his team was obliged to do so or risk breaching banking covenants.

"Basically Formula One, like any other business, relies on its bankers to provide ongoing working capital support," he said. "As you would in any business, you go to a bank and demonstrate sources of income. The sources of income are from sponsorship and the disbursement of moneys arising out of the television income.

"Both these sources of income, which are sources of comfort for banks to lend money, would have been under threat if our entry was not accepted," he continued. "So therefore we were legally advised that Force India might breach its banking covenants if we did go the route of a conditional entry and did not have an unconditional entry as always. All this was completely shared with FOTA."

The drinks and airline billionaire revealed that he has called on FOTA to reverse its decision, however, he admitted that if the teams' alliance chooses to ignore his request it wouldn't overly concern him.

"If they appreciate the reasons, all well and good," he said. "If they don't appreciate it, why should I lose sleep over it?

"I am doing what is good for Force India, first because I have a duty to comply with my legal obligations, I have a duty to my employees, to the team and the company, and at the end of the day if it stops racing there is no business."

Williams has also been temporarily suspended from FOTA for unconditionally signing up to the 2010 championship.