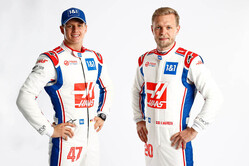 Azerbaijan joined Formula 1's calendar in 2016 with a city-based event navigating the markedly different districts of capital Baku, where West and East meet adjacent to the Caspian Sea.

Baku sits as the lowest capital city in the world, at 28 meters below sea level, and has a history that stretches back a thousand years. That is reflected in the layout of its Formula 1 circuit, which winds its way alongside preserved ruins of the Old City, glass-fronted skyscrapers, and architecture from various periods that reflects Baku's cultural legacy.

The first sector of Baku City Circuit comprises lengthy straights punctuated by heavy braking zones and 90-degree corners, before a second sector that incorporates tight and twisty turns mixed with blind high-speed segments. That includes the notorious turn 8, at just 7.6 meters wide, where part of the fortress walls doubles up as an apex.

The final sector is almost entirely full throttle as drivers hurtle along one of Baku's main thoroughfares at speeds approaching 360km/h, where the effect of a slipstream can be very profitable. Baku's varying demands means a compromised set-up is required, as teams strive to maximize both aerodynamic prowess and straight-line speed, while ensuring tires and brakes are kept in their optimum operating windows.

Haas F1 Team racers Kevin Magnussen and Mick Schumacher both have prior experience of the Baku City Circuit. Magnussen has started four grands prix in Azerbaijan, classifying seventh in 2017 with Haas F1 Team, while Schumacher completed the 2021 event, having also run Formula 2 in 2019.

With the Azerbaijan and Canadian events running on back-to-back weekends in June - it highlights the need for a regional calendar as being proposed currently by F1 for 2023 onwards. What are the main challenges of this kind of back-to-back and what are your thoughts on F1's calendar plans for next season?
Guenther Steiner: "The challenges are that you go from one continent to another, it's a long trip and the team is working very hard to get it all done. It's just down to having a good team around and working hard but it's a challenge as they only have a few days to get set-up again and get going again for the next race. If you have any damage on the car, it gets more difficult so we're hoping to not have any damage in Baku. On the plans for next season, it would be great if we can combine the races regionally. I know that Stefano is working very hard on that one and it will go in the right direction next year."

The Azerbaijan Grand Prix is establishing itself as a fixture on the F1 calendar - what were your first impressions of the event and its place on the schedule?
GS: "My first impression was that I was surprised how nice the city and track is, not having known Baku before at all - because it wasn't on my list of places to go. I think the track has a place in the future in Formula 1."

The Baku City Circuit is notorious for fusing together the tight twisty sections through the older parts of the city with the long fast main straight - often the scene of drama as witnessed over the years. Where does the balance lie in setting up the VF-22 for this type of circuit and do you think it will play to the strengths of the car based on what you've seen so-far this season?
GS: "Obviously the circuit is split as you say in two elements - very fast and very twisty. I think with our car, we made good progress in Spain with the set-up of the car and it's doing well in all circumstances at the moment. We need to hit the sweet spot on the set-up and I think we can have a good result like we were going to have in Spain and Monte Carlo if things had gone differently. I'm really looking forward to going racing again this weekend."

Round 8 of the 2022 FIA Formula 1 World Championship takes Haas F1 Team to Baku for the Azerbaijan Grand Prix. Going from one tight street circuit to one with another very tight and twisty section, does it help preparations at all?
Kevin Magnussen: "They're very different circuits but there is some carry over from every race. Baku is a lovely track, very unique with long straights and all the slow corners - I'm looking forward to it."

There are two DRS sections and a very long main-straight - is this going to be a race where we see a lot of action like we did last season? What are your previous memories from racing in Baku?
KM: "There's always a lot of action in Baku - there's a high risk of going off and having yellow flags, safety cars etc. Historically, there's been a lot of safety cars and red flags. It always feels like there is extra opportunity in Baku than perhaps the average race."

You achieved your best finish here in 2017 with seventh place. How do you think the VF-22 will fare and what should fans be looking out for this weekend?
KM: "I hope it's going to be good - long straights, we've got a good engine from Ferrari so I'm not anticipating any problems. It's a power-centric track with all the long straights there and power is very important."

After effectively having a year off last year, how are you feeling getting into the rhythm, we're almost a third of the way through the season now, and most importantly, how's the neck training coming along?
KM: "I'm loving it, living the dream. The schedule is one that I'm very used to, the last eight years I've been on this schedule. Last year was an outlier, I had a lot of time on my hands, and I enjoyed that - I had a great time - but it's also nice to be back in a schedule that I'm used to. It's very busy of course, but it's a lot of fun."

Round 8 of the 2022 FIA Formula 1 World Championship takes Haas F1 Team to Baku for the Azerbaijan Grand Prix. Going from one tight street circuit to one with another very tight and twisty section, does it help preparations at all?
Mick Schumacher: "Baku and Monaco are very different, so it's a matter of getting into the groove at the location. I think Baku is going to feel big compared to Monaco, that's for sure."

There are two DRS sections and a very long main-straight - is this going to be a race where we see a lot of action like we did last season? What are your previous memories from racing in Baku?
MS: "I would imagine to see more action and overtaking. We know that DRS this year isn't as powerful as it used to be but I'm sure with the cars being able to follow closer, we'll be able to arrive or stay closer to the car ahead in the last part of the race track and then maybe we won't need that high DRS power anymore to get by into T1. We'll just go with the flow and see how it goes. It was one of our highest finishes last season, so I hope with a more competitive car we're able to be higher up as well and have a good race."

Your first Azerbaijan Grand Prix ended with you finishing in P13. How do you think the VF-22 will fare and what should fans be looking out for this weekend?
MS: "We'll have to see. As our car is right now, we're in a good position for Baku. For sure, we'll have to wait and see but it's been good so far. Our car has been able to comply to nearly each race track we've gone to, so I'm just excited to go racing and have a good race."

Tires have become a talking point in the paddock with lots of teams still trying to figure out 'grip recovery' and how to get the Pirelli 18-inch tires into the optimum window. What's your understanding of them and how does their behavior differ compared to their predecessors?
MS: "I guess the biggest difference is that we're no longer as bound to tire saving as maybe last year, so this year the rear tires aren't the most vulnerable part, it could be the front or the rear. Driving has become very different, maybe a bit more similar to how it was in 2020 in Formula 2. Obviously, it's a very different car, very different tire but nonetheless the thermal aspect of it is a part that plays a role. Most of the time, I drive by feel and what the team tells me to do so it's about having a mixture to understand it, but I feel like we're in an ok window."