Which F1 Racer Has The Biggest Income? 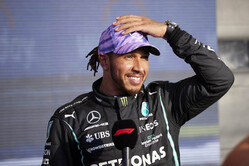 Formula 1 is the most expensive sport in which everything is calculated in tens of millions of euros. Companies stand in line to sign contracts with eminent racers. Bookmakers offer free bets, predicting the victory of one or another team.

According to the latest report released by the championship management, the global cumulative audience of Formula 1 was a phenomenal 1.758 billion fans. There are huge sums of money circulating in the championship, and in order to be part of it, you need to have access to big bucks.

How does F1 make money?

Formula 1, as a sport, boasts of such sources of income as advertising contracts, sale of broadcasting rights, and fees from the tracks for conducting races. Yeap. Each racing circuit pays the championship millions of euros annually for the fact that F1 comes to them for three days. And what is most surprising, there is also a queue of racetracks all over the world wishing to host the Grand Prix under such conditions.

If we talk about advertising contracts, the championship has three main partners now - Heineken, Rolex, and DHL. Moreover, the latter provide teams not so much with money as with logistics - they transport the team's equipment around the world for free.

What are the sources of income for F1 teams?

Another main source, of course, is advertising as well. Contracts with a Formula 1 team can run into the hundreds of millions of euros a year, and, given the global audience, this is a pretty lucrative marketing investment. Indeed, companies receive not only their logo on the formula car, but a bunch of bonuses from the teams in exchange: events with racers, the right to be called a partner, and so on.

But there is one more source of income for teams, the most non-obvious, - research, experimental, and design work. F1 teams not only develop cars for participation in the championship but apply their technologies for third-party customers. For instance, Ferrari and McLaren help their national bobsleigh teams - Italian and British, respectively.

After all, any Formula 1 team isn't only two drivers and 20 mechanics. This is a colossal staff of engineers, auto mechanics, marketers, and other operators. Even in the smallest teams, their number reaches 400 people. And these aren't 400 random people hired from the street. Each of them is a professional of the highest level who needs an appropriate salary.

And what concerns racers, here even the most inexperienced and young pilots receive around €1 million per year. It's considered a small salary. So let's take a look at the richest Formula 1 drivers.

This racer's fortune was estimated in $1 billion at the peak of his career. Schumacher's name has long become a term in common parlance, which is well deserved. This legendary German driver is one of the few greatest racers to have conquered Formula 1 circuits. He won 7 F1 championships - the most outstanding result in racing history, with five consecutive victories.

According to some data, the total income of this driver is about 80 million euros per year. He also surpassed the previous sportsman in the list of Top High Paid Formula 1 Drivers. He boasts major contracts with L'Oreal, Monster Energy, Reebok, and Santander. But even without such cool deals, Lewis Hamilton is the richest young racer.

The Finnish race car driver has a net income of approximately $ 331 million, including advertising and contracts with various companies. According to Forbes, Kimi Raikkonen's salary in the team has decreased 9 times in comparison with the 2018 season. However, he can definitely count on income from sponsorship contracts.

Forbes magazine experts have calculated that this race driver has earned $458 million in his Formula 1 career. He was 24 years old at the time he became the youngest F1 champion. During his career, this Spanish racing driver has worked for the teams of Minardi, Renault, McLaren, and Ferrari and participated in the Grand Prix around the world.

According to rough estimates, the annual income of this driver from all kinds of contracts is $ 358 million. He had raced for the Red Bull team from 2009 to 2014, then signed a three-year contract with the Ferrari team. Since 2021 he has been a pilot of Aston Martin.

The annual budget of a racing team can range from €150 million for the smallest to €600-700 million for such giants as Ferrari, Mercedes, and Red Bull. And even this doesn't guarantee a victory. Thus, if you want to sponsor your F1 racing team, you must be fabulously wealthy to keep it afloat.