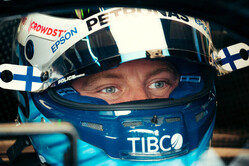 Although the decision may already have been made for him, Valtteri Bottas says he wants to know what his plans for 2022 are by the time of the summer break.

Just weeks after Toto Wolff found himself having to dismiss claims that Bottas could be dropped mid-season in favour of George Russell, the Finn has said that he hopes to have a decision on his future by the summer break.

While there is much speculation linking Russell with the second Mercedes seat, Wolff and Lewis Hamilton have been singing the Finn's praises despite another inauspicious start to the season.

Last year, Mercedes announced its intention to retain the Finn for a fifth season, albeit on a one-year deal, in early August, and with an eye on the delay in agreeing terms with Hamilton for this year, Bottas clearly doesn't want to be left high and dry.

"To be honest, I haven't really thought about it yet," he added, "and that's an honest answer. I'm just focussing on these races now and that moment when we start to talk it will come eventually.

"For my future, I think the August break is normally the deadline," he continued. "But I don't want to think about it yet, I just want to win the race. That's the only thing on my mind at the moment."

"I knew that after that, winning the race, I made it not impossible but nearly," he admitted.

"I'm already really looking forward to Q3," said the Finn, who has scored three podium finishes this season, "the last few qualifying have been good so I need to make sure I peak in Q3, not Q1 or Q2. So it's going to be a lot about building it up through the practice and maximising the learning in practice and trying to put it all together in Q3.

"It's going to be close, we don't know the gaps between us and Red Bull, but I believe as a team we have a package we can fight for the pole and then for the win, so it's all going to be about those fine details, and I look forward to it.

"We're excited to see where we are, we don't know yet but we've been working hard since Barcelona to prepare for this unique Grand Prix in terms of what it needs from the car set-up.

"We come here well prepared and ready to fight and I think it's going to be small margins as we've seen and we shall see."