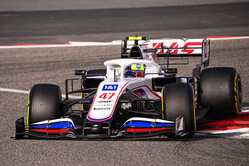 Despite the involvement of Dallara and Ferrari, Guenther Steiner insists that the team's 2022 car will be designed by Haas... as was ever the case., as he explains the team's somewhat complicated technical set-up.

To many, the technical structure at Haas remains one of life's mysteries.

From the outset, the American team took advantage of the regulations that allowed it to use numerous components provided by Ferrari, while having its car designed and built by Dallara.

With Ferrari now running a so-called satellite operation, albeit involving former Maranello employees, within Haas, this has led to speculation that the Italian company is aiding with the American outfit's 2022 car.

"The car is always designed by Haas F1," the Italian snaps, at the claim the current car is designed and built by Dallara, "it was and it still is. It's just from different people.

"It's not a satellite Ferrari team," he adds, "we have got the Haas F1 structure but we still have an office at Dallara as well because we use about an average of 30 people from Dallara as well.

Asked if the people from Ferrari are working on the 2022 car or assisting with the current, albeit 2019/2020 car, and exactly where Dallara fits into all this, he explains: "They are concentrating on the '22 car.

"As I said plenty of times before, we abandoned the '21 car. We did a little bit of work on reliability issues with the '21 car but they are now getting to the end.

"So all the people in Maranello - because this is Haas people and Ferrari people - they are focusing '22, and Dallara they switched over to '22 and they do the odd job on the '21 car if it is needed but not performance, just for issues if we have one."

So there you go, as clear as mud.