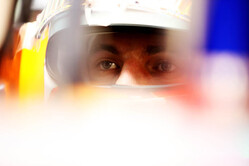 Much as we continue to make clear that this morning's session was unrepresentative of the remainder of the weekend, due to the fact that it took place in broad daylight, while qualifying and the race take place under the floodlights in much cooler conditions.

Nonetheless, it did throw up some interesting little snippets, not least that Max Verstappen was quickest and the W12 continues to be a handful.

McLaren looks to have good pace, as do the two Alfa (Alpha) teams, while Aston Martin and Alpine failed to impress.

Still, it's early days, so let's see how things look over the next sixty minutes.

As was the case earlier, an Alpine leads the way, followed by the Alfa Romeos. Hamilton is among the first out.

In no time at all there are 20 drivers on track, and unsurprisingly the Friday evening traffic results in an early yellow flag. Turns out it was Mazepin who has a spin at T7.

Meanwhile as the timing screen lights up in green, yellow and purple, Race Director, Michael Masi has clearly had a change of heart.

In FP1 there were no track limits, but over the lunch break limits have been imposed at T4 and the Mercedes pair are among the first to fall foul of the clampdown.

Eight minutes in and all but the Mercedes pair have posted times, while Verstappen continues to rule the roost (31.842), ahead of Sainz, Gasly, Perez, Leclerc and Tsunoda. Almost everyone is on the mediums, bar Giovinazzi and the Haas pair who are all on hards.

Bottas and Hamilton head out on mediums, the Finn immediately going quickest in the first sector. Quickest again in S3, the Finn goes top with a 31.503.

Oh dear, Kimi has lost his nose, after clouting the barriers in a spin in T3.

Hamilton goes quickest in the first two sectors, finally stopping the clock at 31.261.

Sainz warns that while there is more grip than FP1, the balance has shifted and he is experiencing oversteer.

Eighteen minutes in and the Williams pair have the track to themselves.

Both are on softs, as Russell improves to 8th with a 32.231. The Briton reports the wind has shifted.

Gasly and the Aston pair also head out on the softs.

Despite a mistake in the final corner Vettel improves to third with a 31.769. Meanwhile, the Alphas are trading fastest sector times. Tsunoda goes second (31.294) and Gasly third (31.483).

Hamilton heads out on softs but appears to back off in the opening sector. Not so Sainz who goes quickest with a 31.127.

Hamilton ups the pace in S2, finally crossing the line at 31.082, despite poor opening and final sectors.

Bottas also has an unimpressive opening sector, as Stroll posts 31.393 to go fourth.

Norris goes quickest in S2, crossing the line at 30.942. A strong lap from the Briton.

Now Verstappen goes quickest in the middle sector, maintaining the pace in S3 to go top with a 30.847.

Ricciardo posts a PB in the opening sector, and another in S2. At the line he posts 31.230 to go sixth, albeit 0.2s down on his teammate.

Ricciardo asks if anyone has improved on their second lap, he is told that nobody has.

Bottas gives it a go, but it is clear that he's not going to improve. In the Mercedes garage, James Allison converses with Toto Wolff.

Ocon clearly unhappy with the Alpine reporting that it is "oversteery" at a number of corners.

The soft running done, the drivers now switch to the yellow-banded mediums. This, of course, is the preferred tyre for Q2 for the likes of Mercedes and Red Bull.

With 15 minutes remaining, Raikkonen heads out again. The Finn is currently 17th having completed just 7 laps.

While most are on mediums for the race sims, a few on softs, Schumacher and Giovinazzi are on hards.

Bottas continues to fall foul of the track limits in T4, but it has to be said the W12 is looking a lot more stable than it did in testing.

It's noted that Perez' long-run pace is similar to that of his Red Bull teammate, which is exactly what the team was looking for.

Alonso complains of mid-corner understeer, while Schumacher is unhappy with his (hard) tyres.

A lock-up in T10 for Mazepin, as Tsunoda is warned he has an issue and has to "box".

"It's undriveable," complains Bottas, though the Finn only appeared to struggle in the latter stages of the session.

While it remains far too early to be drawing any conclusions, we can at least say that Mercedes does appear to have a fight on its hands in terms of Red Bull, while McLaren also looks to be a threat.

Furthermore, with the leading 15 covered by just 0.923, it appears the midfield battle is going to be as fraught as expected.