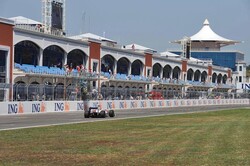 Formula One Management has today announced four additional races to the 2020 schedule, bringing the total number of events to 17.

Turkey, Bahrain (which is hosting two races), and Abu Dhabi will form part of the revised season, though the sport will not be racing in China.

FOM thanked Juss Sports for its support and engagement in recent months and said it hugely looks forward to returning to Shanghai next year.

"We can confirm that a number of races in the revised 2020 season will be open to a limited number of fans, including hospitality," said the official statement, "and we are working with each promoter to finalise the details. 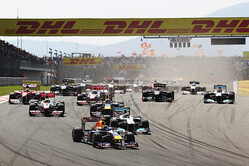 "While we want to see as many fans as possible return as soon as it is safe to do so, our priority remains the safety of the Formula 1 community and the communities we visit, and we review fan access on this basis.

"Due to the ongoing fluidity of the COVID-19 pandemic we continue to maintain close dialogue with all promoters and local authorities to ensure we operate in the safest way possible and monitor each national situation closely - including travel restrictions and local health procedures."

Though popular with fans and drivers alike, the Istanbul Park Circuit hosted 7 Grands Prix between 2005 and 2011.

Designed by Hermann Tilke, the track is widely regarded as one of his better efforts, Turn 8 - nicknamed Diabolica in reference to the legendary Parabolica at Monza - proving particularly popular with drivers.

A number of others corners at the track were modelled on infamous corners found elsewhere, including the Nurburgring, Spa and Laguna Seca.