Steiner: I think Haas is here to stay 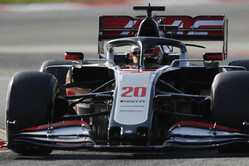 When entering the sport with the first American team since 1986, Gene Haas made no secret of the fact that one of his main aims was to promote his machine tool business.

In its debut season, the American outfit finished ahead of Sauber and Renault, while a year later it eclipsed McLaren. 2018 was surely the highlight, narrowly beaten for fourth by Renault, while 2019 saw the squad struggle down in ninth.

With speculation already mounting that Gene Haas was going to pull the plug, a situation not helped by the American's belief that F1 is a two, even three-tier championship, the decision to retain Romain Grosjean alongside Kevin Magnussen for another season appeared to be further proof that the writing was on the wall.

The budget cap will certainly help financially next year, though Haas - currently quoted at 2000/1 to win the 2020 title, according to the latest William Hill sign up offer, is one of several teams that spends below the impending $145m limit, but nonetheless the speculation over the team's future continues.

Having admitted that his team will not be introducing any updates until it sees how the season is playing out, Guenther Steiner insists that the American outfit is here to stay.

"There is a chance to break even," he continued, "and that is, for sure, the aim of us, that needs to be my aim, to make it break even for Mr. Haas and if I make that one happen he will sign the Concorde Agreement.

"But first of all we haven't yet seen the Concorde Agreement," he admits, "we know what it looks like, but that should come in the next weeks or months, we don't know exactly when, but FOM had to wait to get all the budget caps through and that's why it took a step back, but it will be coming.

"Then once we get it Mr. Haas can decide what he wants to do but at the moment his intention is to stay in the sport.

"I'm very positive about where we are now," he added, "we are getting through this difficult period with the coronavirus, we are doing the right thing, we live within our means, and therefore I think Haas is here to stay."

Asked about the speculation over the team's future, he said: "I don't know where it comes from. I think it's now the third time that Gene has sold the team, or partly sold the team.

"I think this is all speculation," he continued. "I think somebody is putting some rumours out there... we were sold to Saudi Arabia a year ago, we were already sold and the deal was done," he added, referring to some of the stories that have done the rounds. "But nobody ever spoke with Saudi Arabia.

However, at a time Williams is up for sale and McLaren is looking to sell a 30% stake, he admits that anything is possible, though should this be the case the team would aim to be as transparent as possible.

"When the time is right that he wants to do it, we will communicate it," said the Italian. "And when I say we, that is Haas F1, and not everybody else having an opinion on who owns Haas and who is acquiring Haas and who is buying shares in Haas...

"If somebody wants to buy a team out there, I think Williams did a very good job in how they managed it. They put it on the market, said we are interested in something, speak with these and these people. I think that is how it should be done, and not speculation with no foundation.

"I think there are a lot of people that wish to buy an F1 team, and tell people that they're going to buy one. But they haven't done it, at least not with Haas."