F1 was on verge of increasing hosting fees 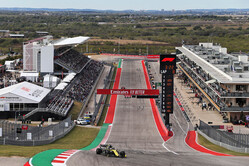 As recently reported, it could well be the case that in order to get some sort of schedule underway this year, be it 8 or 19 races, F1 would have to pay the host circuits or waive the traditional fee.

Were races, as is being proposed, to be held behind closed doors, there would be no income from ticket sales and though most - but not all – events receive government funding, which in some cases meets the full fee, said governments could understandably refuse to pay up as the whole aim of subsidising the event is to encourage tourism and promote said country.

However, races behind closed doors means no tourism and consequently no spending in local hotels, bars and restaurants.

With this in mind, if F1 wishes to hold races at certain tracks it has two options. One would be to pay race organizers the money usually received from ticket sales, however, this would drive up F1's costs and thereby hit profits, while the other is race organizers - where applicable - using their government funding to cover their costs instead of paying a hosting fee. Both options however would hit F1 where it hurts.

Ironically, at a time F1 is likely to have to pay circuits to host races, Forbes reveals that it was actually on the verge of increasing hosting fees.

Nonetheless, having failed to bring any significant new sponsors on board and its ambitious target in terms of streaming having fallen short, F1 bosses were looking at others ways to boost revenue.

Speaking at the Morgan Stanley Technology, Media and Telecom Conference recently, Liberty's chief executive Greg Maffei - who last week was revealed as having earned in excess of $44m (£35.1m) in 2019, said: "We have gone up to 22 races. I think there is both an opportunity to improve the monetization of those races from promoters over time but, in addition, to improve the monetization at the races - hospitality, and other kinds of things that don’t occur as well as they could."

As it happens, even before the coronavirus race promoters were struggling, their cause not helped by a 3.9% drop in TV audiences last season.

"We have a powerful business with three big revenue streams," says Maffei. "A broadcast stream, sponsorship stream and promoter stream - how much we get paid for actually bringing the races. And there are tensions between all three.

The current broadcasting deals for Austria, Brazil, Germany, Italy and Spain all expire at this year, in total they are worth around $300m (£239.7m) a year, which represents 15% of the sport's revenue.

According to a recent report from JP Morgan, "Liberty has stated F1 is currently in negotiations in Germany, and we think there is an opportunity there to move a portion of the season exclusively to Pay TV (currently, the whole season is available on RTL and Sky Deutschland)."

"We are in the midst of doing, for example, Germany and I'm optimistic about how that is going to turn out," confirms Maffei.

With an eye on the (shrinking) bank balance it is understandable why F1 bosses want to get back to racing as soon as possible, however, the focus on raking in as much as possible from all sources could well backfire, certainly in light of the economic hardship that is likely to follow the pandemic.