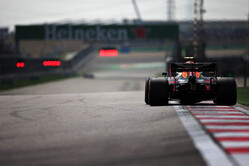 One of the most important messages to come out of F1 since the start of the coronavirus pandemic was largely missed by much of the media.

While Pitpass has run a number of articles focussing on the financial meltdown the sport is facing, others have either focussed on eSports or comments from drivers and team members who are on an enforced official hiatus.

With no significant income at present and faced with the possibility of having to refund those race promoters who have already paid their 2020 hosting fees, F1 is already looking likely to run out of cash as it makes the monthly prize money payments to the teams.

Indeed, with just $400m in cash reserves and a further $500m in available credit, it is likely that F1 will need to take on further loans later this year in order to keep its head above water.

While some might accuse us of looking for further negativity at what is already a bad time, it's worth noting Ross Brawn's admission during a recent 'vodcast' with Sky Sports.

This was the Managing Director of F1, one of the sport's chief honchos, in the eyes of many the acceptable face of FOM, the man increasingly used as the sport's management's official spokesman, admitting that there is a very serious problem, that the sport could "collapse".

Now, former FIA president, Max Mosley, has spoken out, and like his former 'partner in crime', Bernie Ecclestone, he is calling for the 2020 season to be abandoned.

"If you wait and see, you risk worsening the situation without having the certainty that you will win something," he told the German Press Agency.

"There is no guarantee that the races will start again in July and it is actually becoming increasingly less likely," he added.

"Act now and to use the opportunity to reorganize and restructure Formula 1 in order to put it on a much more solid financial basis for the future."

Asked about the likelihood of races being held behind closed doors, which is looking increasingly to be the only option if F1 is determined to get the season going, he warned: "That would be a financial disaster for most race organizers."