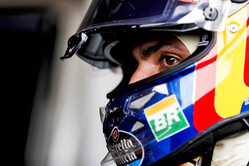 A report by the Ministry of the Economy reviewing the first nine months of Jair Bolsonaro's controversial presidency reveals that "an unjustifiable Petrobras sponsorship agreement for the McLaren Formula 1 team - worth £163 million - was terminated".

This follows comments made on social media earlier this year when Bolsonaro tweeted: "In 2018, Petrobras signed an advertising contract of R$782 million with McLaren, valid for five years. At the moment, the company, by decision of my government, seeks a way to terminate the contract."

Though McLaren is saying nothing at present, sources in Brazil claim that the move is another case of the Brazil president "grandstanding".

Coming off the back of the biggest corruption scandal in Brazil's history, the so-called 'Operation Car Wash', Petrobras, which is 64% owned by the country's government, which owns 54% directly, with the Brazilian Development Bank and Brazil's Sovereign Wealth Fund each owning a further 5%, the company is ripe for political attack, and in the eyes of Bolsonaro's critics, the move is simply another case of "posturing".

With an annual income of $65bn, the five-year, £163m deal with McLaren is a drop in the ocean, and in one of the few areas where the sport is road relevant, some cite the involvement of the likes of Shell, Petronas and BP as proof of the benefits such a partnership can bring.

Of course, Bolsonaro is the driving force behind the move to take F1 to Rio de Janeiro, his project seemingly having all the hallmarks of the ill-fated New Jersey project.

Initially targeting a 2020 race, the plans were scuppered when it was revealed that Sao Paulo already has a contract.

Meanwhile, as far as the proposed Rio track is concerned, there is the little matter of the necessary licences, both environmental and construction.

There is no visible source of money for what would be a crash building programme, not only in terms of the track but the infrastructure, the access roads, sewers, water, electricity and a general urbanization of an area which, according to a source, is "not exactly beachfront Rio".

The construction licence cannot be submitted before an environmental license is granted, and even then would require "a month or two before approval", and with November 2021 being targeted for the inaugural Grand Prix, the circuit would need to be operational at least three months beforehand in order to run local races for testing and obtaining the FIA licence.