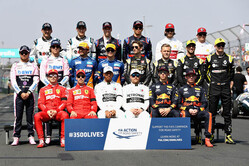 Today's news that Nicholas Latifi will partner George Russell at Williams next season, competes the 2020 grid.

The Canadian, currently second in the F2 championship, following wins in Bahrain, Azerbaijan, Spain and Hungary, has previously raced in the Italian, British and European F3 series, has also raced in the Porsche Carrera Cup, Formula Renault 3.5 and GP2.

Though he is not due to take part in Friday practice for Williams he will probably take part in the two-day test that follows.

He will make his full Williams debut at the opening test at Barcelona, which gets underway on February 19... assuming the cars are ready this time around.