Official: Spain remains on the F1 calendar for 2020 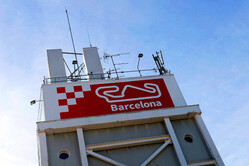 Formula One Management has confirmed that the Spanish Grand Prix will form part of the 2020 world championship, however no details are given in terms of the event continuing beyond that date.

FOM confirmed that an agreement has been signed with the Circuit de Barcelona-Catalunya in a partnership formed by the Government of Catalonia, the Real Automovil Club de Catalunya (RACC) and the Montmelo Town Council.

The 2020 event marks the 50th running of the Spanish Grand Prix, the first event having been held in 1951 at Barcelona's Pedralbes street circuit.

The race was also run at another street track in the Catalan capital, in Montjuich, which alternated hosting the race with the Jarama circuit, near Madrid.

From 1986 to 1990, the race moved to Jerez de la Frontera, before making the Barcelona-Catalunya circuit its home as from 1991.

Consequently, 2020 will mark the 30th consecutive year that the Spanish Grand Prix has been held at the track in Montmelo, which has grown to be one of the most popular races on the calendar and one of the most technically demanding, hence its traditional role as the host venue for pre-season testing.

According to data supplied by the Barcelona-Catalunya circuit, the event, which has seen 510,556 fans attending over the past three years, generated 163 million euros in 2019.

"We are pleased to confirm that the Spanish Grand Prix will be on the calendar of the 2020 FIA Formula 1 World Championship," said Chase Carey, Chairman and CEO, Formula 1. "The decision to continue to stage a round of the pinnacle of motor sport in Spain, a country with a great motor racing tradition, dating back to the start of the last century, is part of our strategy of maintaining Formula 1's European roots, while also currently expanding the championship into new territories.

"The promoter's willingness to be part of Formula 1 going into 2020 is proof of the sport's ability to act as a catalyst for regions to hold world class events and also to have a positive impact on the area's economy. In the coming months, we will continue our discussions to see if we can further extend this advantageous relationship.

"In the meantime, I would like to thank Quim Torra, the Catalan President for his vital support in these negotiations, in the hope of celebrating a fantastic 50th Spanish Grand Prix in 2020, the 30th to be held at one of the most technically demanding circuits on the World Championship calendar."

"Catalonia will be, for the 30th time in a row, host to a Formula 1 Grand Prix," added Quim Torra, President of the Government of Catalunya. "Catalonia is a country with a very long tradition in motor sports, and therefore, we are pleased to have strengthened continue our position as a classic event in the calendar for fans all around the world.

"Throughout the 30 years, we have integrated this event in the industrial policies of the Government, and the Formula 1 Grand Prix at Circuit de Barcelona-Catalunya is an important a tool to stimulate the economic activity in the country in terms of tourism, as well as in the automobile and entertainment industry. Moreover, it gives us the opportunity to show the world the way Catalans are, how we work and what our country is like. For all of these reasons, we welcome the continuity of Formula 1 in our home country.

"We are grateful for the excellent relationship with Chase Carey, Formula 1 Chairman and CEO, and we are well aware that our current challenge is to make sure that the Circuit de Barcelona-Catalunya keeps up maintains this role, both as economic driver and as a link to our sports and industrial tradition."