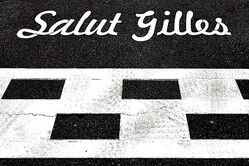 Ahead of this year's Canadian Grand Prix, there have been a number of changes to the Circuit Gilles Villeneuve.

Firstly, a drain has been added to the inside of Turn 2, while there are also new concrete walls and debris fencing running from Turn 4 through to Turn 10.

The opening after Turn 10 on drivers right has been significantly widened and extended, while the configuration of the wall to the drivers' right at Turn 13 has been modified and the guardrail replaced with a concrete wall.

Turn 14, the 'Wall of Champions', has a new concrete wall and debris fence, while additional CCTV cameras have been installed to allow the entire track to be monitored.

Last but not least, the pit building has been demolished and rebuilt.

As was the case last year, there are three DRS zones. The first zone has a detection point 15m after Turn 5 and an activation point 95m after Turn 7.

The other two zones share a detection point 110m before Turn 9, with activation points 155m before Turn 12 and 70m after Turn 14.

Like Monaco, Canada isn't a conventional racing circuit, and once more the three softest compounds have been selected: the hard is the C3, the medium is the C4, and the soft is the C5.

But that's where the similarities end, for the Circuit Gilles Villeneuve holds a unique challenge, on only the second appearance this year for the softest C5.

Montreal is a semi-permanent track with smooth asphalt, using roads that are open to the public for recreational activities during the rest of the year. This means that it's especially 'green' and slippery at the start of the grand prix weekend, with a high degree of track evolution as the surface gets rubbered in.

Canada is all about traction and braking, so getting heat into the front tyres is part of the challenge. There is not much run-off, so safety cars are a reasonably common occurrence, which of course can affect strategy.

Weather is variable, but cool temperatures and rain are quite common at this time of the year (in 2011, red flag interruptions because of rain let to the longest grand prix in F1 history, lasting more than four hours). As a result of the cool weather and track conditions, some degree of graining can be expected, especially at the start of the weekend.

Unlike Monaco, there's plenty of opportunity to overtake in Canada, with a much higher average speed, long straights, and plenty of heavy braking areas. This makes it a very tough circuit on brakes: something that the teams always have to look out for.

There was a mix of strategies used last year, with most drivers choosing a one-stopper, also influenced by an early safety car. The top two at the end (and on the grid) didn't start the race on the softest available compound, and that might be the case again this weekend.

Sebastian Vettel and Valtteri Bottas began on the ultrasoft - the approximate equivalent of the current C4 - before switching to the supersoft, which has been deleted from this year's line-up.

Unlike Monaco, when the teams stocked up on the softest compound, the harder compounds have also been selected for Montreal. In particular, Ferrari has chosen five sets of the medium tyre: more than any other team on the grid. This could indicate that some teams are planning to use these in Q2 and to start the race.

Montreal is the toughest challenge of the year so far for the power units. The long straights demand maximum power for just over 60% (63% in qualifying) of the lap. The longest straight on the circuit is the Droit du Casino at 1,064m and top speed will be in excess of 205 mph (330 kph).

Nine of the ten corners are taken at less than 95 mph (150 kph), but each of them is quickly followed by a stab on the throttle. This rapid braking-acceleration sequence calls for accurate power delivery and good turbo response.

The hairpins at Turn 10 and Turn 2, plus the chicane leading into the Wall of Champions, are extremely heavy braking points. Engine braking assists with the braking demands to slow the car to a low of 37 mph (60 kph).

There aren't enough braking points on the circuit to allow the K to recover the full FIA allowable amount. This, along with the high fuel consumption at this track, makes for a delicate balancing act during the race to stay within the 105kg permitted fuel load.

Montreal's demands on the MGU-H are the polar opposite of those of Monaco. In Monte Carlo the MGU-H was barely used; in Montreal the duty cycle is extreme.

McLaren is the most successful team in Canada with 13 victories, closely followed by Ferrari who have 12. Ferrari, however, are more successful at the Circuit Gilles
Villeneuve, with 11 of their victories coming at the current venue, compared to nine of McLaren's.

Hamilton, Kubica and Ricciardo all took their debut F1 victory at this circuit. They share that distinction with Gilles Villeneuve (1978), Thierry Boutsen (1989) and Jean Alesi (1995). Driving for Ferrari, the 1995 Canadian Grand Prix was the only victory of Alesi's career. Kubica's win for BMW-Sauber remains his sole F1 victory to date.

Hamilton's 2007 win for McLaren came from his first pole. Five of Hamilton's six wins at the Circuit Gilles Villeneuve have come from pole, the exception being 2012, when he started P2.

19 of the 39 grands prix held on this circuit have been won from pole position, including five of the last six. The outlier from that sequence is Ricciardo's 2014 victory for Red Bull Racing, which came from P6 on the grid. Jacques Laffite's victory for Ligier from P10 is the furthest back from which a winner has started at this circuit.

Alexander Albon, Antonio Giovinazzi, Lando Norris and George Russell, all make their debuts here this weekend, none of whom has completed an FP1 session or a junior single-seater race at this track.