Renault duo look ahead to Monaco 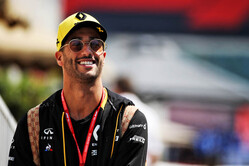 While Nico Hulkenberg left Spain without points, the German is in a determined mood as he heads home to Monaco for the most famous Grand Prix of the season.

What makes Monaco so special?
Nico Hulkenberg: There's nothing quite like Monaco; it's a real highlight of the year and the race I most look forward to. Everything is special there, the prestige of the event itself, the history and the glamour. You get a real buzz all weekend from the atmosphere. I live in Monaco so I stay at home throughout the race weekend and enjoy all the comforts that provides.

Where does Monaco rank amongst other street circuits?
NH: There are a couple of street circuits on the Formula 1 calendar in Baku and Singapore, which are great in their own right, but Monaco is just fantastic and incomparable. It gives you a huge adrenaline rush and you really feel the sensation of speed there with walls tight on both sides for the whole lap. Monaco is about having confidence and being able to be on the limit.

It's a challenge to overtake in Monaco, which places a bit more pressure on qualifying and getting that absolutely perfect. You have to build yourself up steadily in Monaco through each session until qualifying, where you aim to give it everything.

How do you reflect on the Spanish Grand Prix weekend and post-race test?
NH: We were a bit on the backfoot for the race in Spain after my mistake in qualifying, which eventually led to the Pit Lane start. Having said that, we made some places up and enjoyed a normal race and that was good to continue building confidence in the car. I'm beginning to regrow that harmony in the car as that has been missing during this first part of the year. The post-race test was also productive as we assessed a few new things and that should mean we're well placed heading to Monaco. We'll be aiming for a solid race weekend to be back to where we should be: in the points.

Daniel Ricciardo took a sensational pole and a memorable win in Monaco in 2018 and this year eyes up another solid run on his favourite circuit.

Why is Monaco your favourite race weekend?
Daniel Ricciardo: Monaco is my favourite race of the year because of all the adrenaline and excitement you get out from it. Insane is probably the best way of describing the circuit. It almost feels like you shouldn't be allowed to race on it! I sit in traffic on these roads in my day to day life, so when May comes around I know it's almost time to have that one opportunity a year to race on them – that's pretty crazy when you think about it! The place is beautiful and when the Grand Prix arrives everything is just boosted and that creates a special atmosphere.

The lap is packed and you're going kerb to kerb, wall to wall and you just have to be fully on it; that's a challenge I love. Through Tabac and the Swimming Pool is mad and so quick. That's probably my favourite section, but it's all really cool.

How special was your victory in Monaco last year?
DR: It's up there with one of my best wins, that's for sure. To take pole position in Monaco on two occasions is an amazing feeling, especially as you're giving it full beans for just over a minute and your adrenaline is pumping. But to have won in Monaco is a dream come true and it was made even sweeter after missing out in previous years from excellent positions. While repeating the pole and win in 2019 is unlikely, it doesn't go away from the fact we have everything to play for and we'll be pushing as hard as ever to ensure the best result possible. Anything can happen in Monaco.

What's your mindset heading into this race?
DR: I can't help but feel a bit disappointed after Spain as we missed out on scoring points. We underachieved with the car that should have been inside the top ten. We have to aim for better and execute a stronger weekend. I'm feeling good in the car, we progressed through the weekend well and deservedly made Q3. As I said, Monaco is a circuit I've always enjoyed, so I want to go there expecting to be on it and back scoring points.