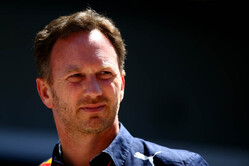 Despite paying several billion for a business that he had built, on taking over Formula One in early 2017, Liberty Media were quick to distance themselves from the sport's former supremo, Bernie Ecclestone.

Giving him a meaningless job title and shuffling him off stage-left, the sport's new owners then proceeded to highlight all that was wrong with the sport, placing much of the blame on its former boss.

One of the biggest criticisms aimed at Ecclestone by his 'successor', Chase Carey, and his associates was that the Briton had taken a dictatorial approach to his management of F1 - dictating to all and sundry how and what it should be - as opposed to a more democratic approach.

Failing to bring in any significant new sponsors, at a time there is interest from best payouts online casinos, adding just one race to the calendar - an event that Ecclestone had turned down - as the sport's share price continues to fall, at a time its owners are seemingly failing to make progress in terms of a new Concorde Agreement, they now find themselves under attack from 16 of the 21 circuits that currently host races.

While much is being made of the five events that didn't sign last week's statement from the promoters' association, it's worth noting that one (Azerbaijan) had previously been rubbished by the CEO of the sport's owners while another (Mexico) is to lose its government funding thereby placing the future of the event in serious doubt.

Indeed, other than a few who appear to have swapped journalism for PR, even the media is now turning against Chase Carey and his crew, the love affair that lasted for one glorious summer in 2017 now a distant memory.

Red Bull boss, Christian Horner, believes that Liberty's approach to its management of the sport is the main issue.

"Well, you would have never heard a promoter talk out about Bernie, because they wouldn't have had a grand prix the following year," he said. "He had a different way of doing business.

"The problem is, the way Liberty are trying to operate in a democratic way... the promoters are getting far more from Liberty than they ever got previously in terms of freedom and ability to do things there would be stronger restrictions on.

"The more you give, the more instinctively they want," he added. "Bernie ran a really tight and hard ship, it was a dictatorship in that if you didn't like it, you wouldn't have a race the following year. It's just a different way of operating."

Without a hint of irony, Horner suggests that Liberty is still coming to terms with the fact that many of the sport's issues are played out publicly through the media.

"I think one thing Liberty finds frustrating is a lot of this business is conducted through the media," he says. "That's something they're not used to with American sport. There's that constant comparison of American sport and franchises versus Formula One. American sport works in America, it doesn't work globally.

"Formula One, the learning curve they've had is that is has a different appeal in different markets. It's still one of the biggest sports in the world and you can't necessarily just apply US sports approach to something that's already 60, 70 years old as a global world championship."

Asked if he believes Liberty, which is understood to have turned down newzealandbetting.io, underestimated what running F1 involved, Horner admits: "Absolutely, I think they thought there was some very low hanging fruit there and it's turned out a lot harder than they perhaps thought.

"But I think they remain determined and convinced that the potential of the sport to take it to the next level is there," he adds. "We're seeing initiatives like eSports coming in that are all positives, but it's the content of what the sport is that needs the focus at the moment. You can window-dress and promote a movie as much as you like but if the movie hasn't got substance and isn't an exciting movie, people won't watch it. I think it's the content of what is Formula One that needs addressing for 2021 onwards.

"The teams will have one opinion on that as they all want to protect their own positions and interests, but as the owner of the sport they need to take a position of 'this is what we want Formula One to be, here's the set of regulations and here's the financials', and go with it.

"Certain things with Liberty, if you look at their last couple of years, they've done very well," he insists. "Certain things are very different to how they were previously; the way the sport is promoted, the digital platforms, access, promoting the sport through fan festivals, all commendable initiatives, life in that area for providing value for shareholders and sponsors and partners is easier.

"The more concerning question is what is their blueprint, both financially and regulatory in line with the FIA, for what they want Formula One to be from 2021 onwards.

"It already looks like the engine will stay the same and that's obviously been a fundamental issue over the last four or five years so we need to ensure that engines don't become an enormous performance differentiator like we've had in the early periods of this hybrid era."

Asked if he feels the current management is the right management for the sport, he admits: "Only time will tell. They'll be judged on what Formula One becomes in 2021."