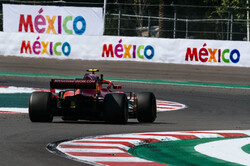 Monday's statement from FOPA - the Formula One Promoters Association - represented 16 of the current 21 promoters, with Abu Dhabi, Bahrain, Monaco, Japan and Russia, the five circuits not involved, though, as one promoter told Pitpass, "Monaco always sit on the fence".

Earlier today, the promoter of the Russian Grand Prix distanced his event from FOPA's statement, and now the Mexican promoter has followed suit.

"Following the statement made by the Formula One Promoters' Association, the F1 Gran Premio de Mexico promoters want to express their sympathy with the promoters from other countries, understanding that each country and race is different," reads the statement.

"In addition, the Mexican Grand Prix's promoters welcome the ongoing collaboration and good relationships with the rest of the promoters.

"However, F1 Gran Premio de Mexico did not participate in said meeting and appreciate the work that the new owners of F1 are doing to understand the promoters' requirements and concerns, as well as those from the fans.

"The Mexican Grand Prix's promoters recognise that the new administration of F1 has listened and been sensitive to their concerns, with both parties working very closely together. As a result, they do not agree with what was released by the Formula One Promoters' Association on their behalf.

"The Mexican promoters and F1 continue the negotiations regarding the renewal of the F1 Gran Premio de Mexico contract in private."

As Forbes reports, payments from the 16 promoters behind yesterday's statement represent around 56% of all fees and are worth an estimated £274.7m ($361.1m) annually.

With this year's British Grand Prix the last, Silverstone's owners having pulled the plug on their contract, Germany, Italy, Mexico and Spain are also in the final year of their contracts, with these five races alone worth an estimated £99.5m ($130.9m).

While FOPA has existed since 2011, yesterday's was its first ever statement of objectives and follows the hardened stance shown following last year's meeting when one promoter told the Daily Telegraph that "no contract will be renewed under the existing financial conditions. We are talking about a reduction in fee for sure".