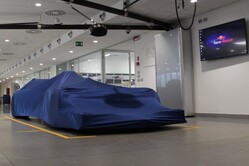 Toro Rosso this morning revealed that it is to take the wraps off the STR14 on Monday 11 February, thereby looking likely to be the first team to reveal the 'look of 2019' under the new aero rules.

Renault launches its contender the following day, with Racing Point, McLaren and Ferrari each launching over the days that follow, and Sauber unveiling its car in the moments before pre-season testing begins on 18 February.

The Toro Rosso launch, which will take place online, will see an all-new line-up, well, comparatively new when you consider that Daniil Kvyat has been recruited by the Faenza team for the third time. The Russian is joined by Anglo-Thai rookie Alexander Albon.

While 2018, the team's first season with Honda, hardly set the world alight, there were glimpses of promise.

Unfortunately, other than poor reliability the team was compromised by the number of grid penalties it took as it was used by Honda and Red Bull as a test bench for this year.

Sadly, team boss Franz Tost has admitted that the Red Bull 'junior team' is likely to continue in this role this season.