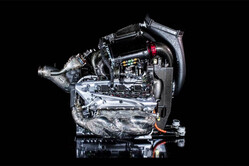 Two years in and F1's owners are finally beginning to discover why Bernie Ecclestone had to have the dictatorial approach to his management of the sport that they find so distasteful.

Aside from calling on the big teams to accept less prize money and scrap the various bonuses, the sport is looking at every means possible to create a level playing field whereby everyone stands a chance of winning.

While the discussions over the financial side of things continue, the sport's powers-that-be have already had to give way in terms of their planned upheaval of the engine regulations for 2021, a move aimed at reducing costs and also attracting new manufacturers.

Much like the desire to seek a change of (sole) tyre supplier, potential engine manufacturers were put off by the failure to reduce costs and produce engines that were simpler and more equal in terms of performance.

Undaunted, though the regulations are unlikely to change much over the next few years, F1 bosses are calling on the current manufacturers to assist newcomers by sharing technology - surely the equivalent of turkeys helping prepare the Christmas dinner.

"The drawbridge has been pulled up and the existing suppliers don't want anyone else to come in," the sport's technical boss Ross Brawn tells the official F1 website.

"We have found a compromise," he adds. "There are regulations coming out which would mean new entrants will get support from existing entrants. There will be components and technology which will have to be shared if it is requested.

"It is not quite such a radical change that we were proposing, but still quite a good step in the right direction and there are some nice changes to the way the driver has to manage the engine, which I think goes a long way in the sporting direction.

"There has been a recognition from the existing manufacturers that they can't shut the door behind them. If we start to get serious interest from another manufacturer or supplier, they have to cooperate to find ways of helping that manufacturer come into F1."

Quite how the likes of Mercedes and Ferrari react to that one remains to be seen.