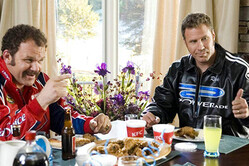 From next season the driver's weight will not be included in the overall weight of the car - currently set at 734 kg for 2018 - which up to now has compromised taller drivers in particular.

Instead, from next season, a minimum weight of 80 kg will be allowed for drivers, with those under the minimum having the relevant ballast placed beneath their seats.

Though delighted at the move, which will see the bigger lads allowed to indulge themselves a little more, Daniel Ricciardo doesn't expect to see anyone taking advantage.

"All of us will enjoy our food a little more!" smiled the Australian. "I'm not complaining about it. It's not like we're going to, let's say, take the piss, it's more just a lot of us now tend to starve ourselves on race weekends and even training we can't really do much strength training because we would just put on mass.

"I think it will just allow us to train harder, eat harder... Eat harder? Eat more," he added. "But it's not like we're going to have beer bellies or anything, we're just going to be stronger and I think that's only a good thing."

"I personally feel that they are just getting us prepared for more races in America," said Lewis Hamilton, to which Ricciardo replied: "NASCAR!"

"I think it's great," continued Hamilton. "It's definitely going to open the doors up for people like Will Ferrell and all those who weigh a lot more to come in!

"I guess we can eat more pancakes," he smiled. "I think we will prepare more and we can all be a little bit stronger next year. I guess for the people who are struggling to come under the weight; for example there are some of the taller drivers who struggle to be less than 80 kilos. I guess it doesn't really make much difference for them otherwise."

"I think it's a great thing," said Romain Grosjean, author, along with his wife, of a best-selling cookery book. "I've been the same as... Daniel and Lewis are quite tall. I think it hasn't been great to starve ourselves and not eat as want to, so a few kilos of margin is going to be great. It will be a challenge for the team, because getting to the minimum weight for the regulation with the 80 kilos for seat and driver together is going to be tricky, but on the other hand it's going to make our lives an awful lot better."

Hamilton's reference to Will Ferrell clearly lost on the media, as the Briton and Ricciardo paid tribute to Ricky Bobby, Fernando Alonso said: "I'm obviously not one of the tallest, so it's more a question for the tall guys and I think it's fair for everyone, so I think it's good. In other series, in WEC in particular, where the weight is free, that normally gives and advantage to the lighter and smaller guys, and probably that is unfair in a way, so I think Formula 1 is doing great on that."

"No one else watched Talladega Nights. Ricky Bobby," sighed Hamilton. "No? Overweight NASCAR driver. NASCAR drivers can now come over to Formula 1, which is cool."