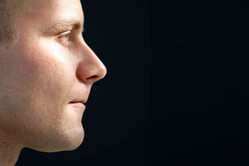 Just weeks after Valtteri Bottas took issue with Toto Wolff's description of his role in Hungary as "a sensational wingman", the Mercedes boss hints the role could become 'permanent' after Monza.

Lewis Hamilton's post-race despondency said it all yesterday. "He drove past me like I wasn't even there on the straight," sighed the world champion.

While a needless mistake in Germany and a second row start in Hungary compromised Sebastian Vettel's title hopes in the run up to the summer break, allowing Lewis Hamilton to build a 24-point advantage, it is clear that the Briton has a real fight on his hands if he is to claim a fifth title this year.

With teammate Valtteri Bottas demoted to the back of the grid following an engine change, the Briton knew that at the start of the race it would be him against the assembled might of Maranello.

As it happened, Kimi Raikkonen was one of several innocent victims of Nico Hulkenberg's silliness, however, on the long run up the Kemmel Straight it was clear the Mercedes was no match for Vettel's Ferrari, indeed, courtesy of the tow they received even the Force Indias were able to get in on the act, with Esteban Ocon just inches away from stealing it at Les Combes.

Aware just how precarious his driver's position is, Wolff has admitted that after next week's race at Monza - where Ferrari is expected to shine again - Bottas may be called on to play 'wingman' for the remainder of the season in a bid to aid his teammate.

"I hate to do that," he told reporters. "It's completely against my racing instinct and we try to be always very neutral to both drivers and we haven't done it yet.

"We haven't discussed it," he admitted, "let's see how Monza pans out and how it goes and then we will address the question whether we need to put all force behind one driver. At the moment we owe it to the two men and to Formula One to not interfere into the racing."