Stroll to start from pitlane 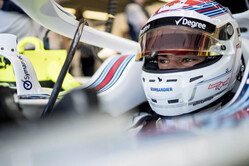 Lance Stroll will start today's race from the pitlane after his team replaced his front wing.

The Canadian went off in Q2, after losing the back end of his Williams in T9 and heading into the barriers nose-first.

As a result his front wing had to be replaced overnight, while other set-up changes were made.

As a result the Canadian will be required to start from the pitlane, the second time he has had to do so in three races.

To make matters worse, the damaged wing was the much-anticipated new wing introduced only last week in Germany. Since there is no spare, Stroll will start with the old wing.