Renault duo look ahead to Silverstone 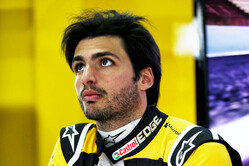 Nico Hulkenberg left Austria empty-handed, but heads to Silverstone in a determined mood as he aims to get back on track at one of his favourite circuits.

What do you like about Silverstone?
Nico Hulkenberg: Silverstone is an awesome circuit, purely because it's very high-speed. The old corner combinations of Maggots, Becketts and Chapel are really cool and especially quick in the modern Formula 1 car. You can really feel the forces, and it's a tough, physical challenge. Striking a good, high-speed balance is important to extract the most performance. Silverstone is a good, challenging, physical lap but satisfying when you nail it.

What makes Silverstone so special?
Great Britain is one of the historic Grands Prix. You get a sense of the roots of car racing there. The atmosphere is always special too, and that gives you a buzz. The grandstands are packed out throughout the weekend and it's always great to see that. It's the second home race for the team, so that carries extra meaning and significance. We enjoyed a bright result there last year - my best qualifying and joint-best result.

Why do you think you go so well in Great Britain?
It's a track that suits my driving style. Big, high-speed corners, a lot of downforce, which requires a bit of grit to get the most out of the car. It's definitely encouraging to have a good record at Silverstone - five-points scoring finishes in a row there - so let's get to work and aim to make it six this weekend.

How keen are you to bounce back with a positive result?
We have an immediate opportunity to return to the points after the frustration of Austria. It's been a busy few weeks but I'm targeting a bright result to finish off this busy period on a good note.

A twelfth place in Austria ended Carlos Sainz' six race points-scoring streak, as the Spaniard sets his sights on returning to the top ten at a fast and thrilling Silverstone circuit.

What stands out about Silverstone?
Carlos Sainz: Silverstone is certainly up there as one of my favourite tracks on the Formula 1 calendar. It's so fast, and simply a track for drivers. My favourite part of the track is easy to pick! Sector two! It's probably the best sector of all circuits. Going fast through Copse gives you a buzz, but it gets even better through the next complex of Maggots, Becketts and Chapel as you find a rhythm with the car to go left-right-left and right again at very high-speed. It's such a thrill.

And what's there to say about the Great British weather?
CS: The weather seems to be a frequent talking point in Great Britain. Rain always makes things more interesting and it is a challenge to drive these Formula 1 cars in wet conditions. Silverstone might provide that, you never know! I visit Enstone quite frequently, so you could say I'm well accustomed to the area, and what the weather might do. The weather will never stop the British fans from turning up in big numbers at Silverstone. What I find really impressive, is the fact the fans will be there all day, in any conditions. That's what makes Silverstone special, the supporters are very passionate for motorsport.

Why is Silverstone so special to you?
CS: Silverstone is where I tested a Formula 1 car for the first time in 2013. That was one of the most special days of my life and something I will never forget.

How's the mood heading to Great Britain?
CS: The weekend in Austria was going well for the team up until Sunday. It was a disappointing race for both cars, everyone has them throughout the course of a season, so we want to brush that one aside and focus on Silverstone. There's no reason why we can't be back in the top ten.