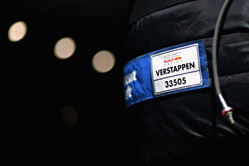 In the fall-out over the strategic error and fuel pressure issue that blighted Lewis Hamilton's Austrian Grand Prix, the blistering to his tyres, and those of a number of other drivers, including Daniel Ricciardo, was somewhat overlooked.

Though it has previously experienced such issues at the Red Bull Ring, Pirelli is convinced the abnormally high temperatures - certainly compared to the rest of the weekend – exacerbated the problem this year.

"On this track last year we had some blisters," confirmed Pirelli's Mario Isola, according to Motorsport.com, "so we consider this track has potential for blistering.

"Blistering and graining are two effects that are well known by the teams," he explained, "and they know how to manage them.

"Obviously we don't want to have a situation in which we have blisters everywhere, because then it's not a real race," he added. "People have to manage blistering or change tyres because of the blistering, but not massive blistering that is affecting the result of the race.

"We can have blisters in Monza if it's very hot, especially on the front, because you have the camber, and you have a lot of braking and traction. There are circuits where we can experience this. On the other side we don't want to select too hard tyres because of the blistering.

"Sunday was completely different conditions to Friday," he explained. "A lot hotter, so different that it was really difficult to predict this situation. And during practice you never run as long as you do during the race.

"The blisters we saw on the soft I believe was mainly due to the fact that without wear you keep a lot of temperature in the bulk.

"I'm saying that because the soft had a lot more blisters than the supersoft. It's important to assess how deep, and whether they were surface blisters or not."

"Daniel struggled with his tyres and Kimi was in second," said Max Verstappen. "It was very hard to manage the tyres, we really had to look after them, there was a lot of blistering, but we managed to hang on until the end

"I could see my tyres opening up," he admitted, "but I just had to drive around the issue. Luckily I could manage it until the end of the race."

Ferrari encountered no such issues, with Kimi Raikkonen posting the fastest lap of the race - and a new lap record - on the very last lap.