Though we prefer facts to speculation, we also appreciate that fans enjoy the odd bit of gossip, something F1 is never short of it.

Consequently, we are going to start bringing you some of the rumours and gossip doing the rounds... after all, in time they too may become facts… or in some cases, maybe not.

Along with those items that are so clearly gossip, we will, from time to time include fairly minor items of news that may have slipped under the radar. 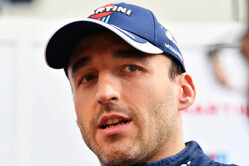 Following a so-so start to his season, which has included a couple of crashes - including one with his teammate Pierre Gasly - it's fair to say that there is increasing pressure on Brendon Hartley to 'come good'.

While six races into the season might seem early to be talking about drivers being dropped, this is Toro Rosso we're talking about, which, like sister team Red Bull, has history.

Speaking ahead of the Monaco Grand Prix, while admitting that 2018 hasn't got off to the best of starts, Hartley insisted that his seat is safe.

Other than admitting that Hartley's form is "not pleasing", Helmut Marko is saying little and it is thought the team will continue to back Hartley certainly until the summer.

Naturally a number of drivers have been linked with the seat alongside Gasly should Hartley not raise his game, including Antonio Giovinazzi, Pascal Wehrlein, Artem Markelov, Jake Dennis and Sean Gelael, however while some of these can be ruled out due to their connections with rival teams and others due to the lack of the requisite superlicence, another name said to be in the frame is that of Robert Kubica.

In the wake of the departure of chief designer Ed Wood and head of aero Dirk De Beer, there are claims that Kubica, frustrated with his test and reserve role at Williams, and the general feeling that the Grove outfit is on a downward spiral, is considering his options. 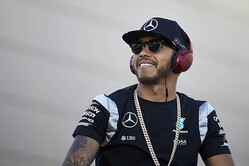 That's the opinion of former F1 star turned pundit David Coulthard, who believes that the Briton will sign a two-year deal with Mercedes that will take him through to the end of 2020, and then walk away from the sport.

"I think that he'll go to 2020 which is the end of the current Concorde Agreement," the Scot told the BBC's Graham Norton Show. "That's the agreement between the commercial rights holder, the FIA and the teams. It defines how the sport looks and feels.

"I think beyond 2020 there's every likelihood he may well be releasing his first album which he's been working on," he added.

Mercedes to be run a woman driver

While claiming that Lewis Hamilton will follow the example of another F1 world champion and leave the sport for music, Jacques Villeneuve, the Scot also believes Mercedes will be the first contemporary team to enter a woman in the series.

"There's no physical reason why women couldn't be successful," the Scot told the Graham Norton Show. "Historically they are better drivers than men because there are less insurance claims, less crashes with ladies on the road. So that must translate into something in racing!"

Renault will have engine upgrade for Canada

Renault has confirmed that its much-anticipated engine upgrade will be ready for this weekend's Canadian Grand Prix.

"There's a B-spec engine for Canada and we're looking forward to that, as it should bring a bit more performance," said the team's Chassis Technical Director, Nick Chester.

"There are a few bodywork updates too with some rear wing end plates, as well as small changes to the front wing. We're trying to bring things to the track at every race."

It's understood that the upgraded engine will be available for customer teams Red Bull and McLaren.

Red Bull, which has yet to confirm its engine plans for 2019 and beyond, is waiting to see how much of an improvement the upgraded Renault power unit is before making a final decision, between the French manufacturer and Honda, which powers sister team Toro Rosso.

It's understood that Daniel Ricciardo is also waiting to see the effectiveness of the upgrade before making his decision on his future.