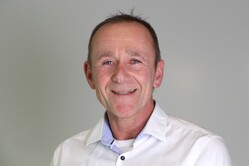 In a brief statement issued this afternoon, the Hinwil-based outfit said:

"Jorg Zander, Technical Director of the Alfa Romeo Sauber F1 Team, will stop working for the team with immediate effect. We would like to thank him for his dedication and we wish Jorg Zander all the best and success for the future.

"Until a new organization will be announced, the various heads of departments and the current project leaders will continue to work on the development of the C37 and the 2019 car with the supervision of Frederic Vasseur, CEO and Team Principal."

The German, who has enjoyed stints with Toyota, BAR, Williams, Honda, Brawn and Sauber in a previous incarnation (BMW Sauber), as its chief engineer, left F1 in 2009 to form his own engineering company. Following an abortive attempt to return to F1 with HRT, he then joined Audi Sport in 2015 as its technical director.

However, following Audi's decision to quit WEC at the end of 2016, Zander returned to Hinwil to fill the position vacated by Mark Smith just days before the start of the season.