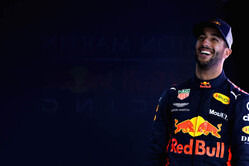 This year sees a number of drivers out of contract, and among them is Daniel Ricciardo. While Red Bull is keen to retain the popular Australian, there can be no doubt that much like Sebastian Vettel, Max Verstappen is the favoured son

Though the team has promised to throw its full support behind whoever is leading the championship and will not necessarily favour the Dutch youngster, that niggling doubt must surely remain.

However, while Toto Wolff has made no secret of his desire to see Ricciardo at Mercedes, any one of a number of other teams would surely see the benefit in luring the Australian.

Then again, at a time Ricciardo is urging punters to consider betting the shirts off their backs on him winning the tile, announcing his decision to leave Red Bull any time soon could seriously rock the boat.

Speaking to Sky Sports News, Helmut Marko revealed that a deadline has been set by which time Ricciardo must let the team know his intention, even if nobody is willing to say when that deadline might be.

"We agreed with him a deadline," said Marko. "So as soon as this deadline is over we'll tell you if it's yes or no."

Previously, Ricciardo had suggested that talks would take place next month.

"I think realistically around April things will start to be spoken," he told reporters last week in Barcelona. "After a few races, hopefully I win the first few and I can have a powerful say in what I do!"