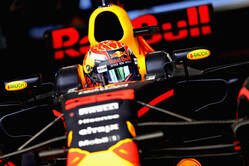 Even before Toro Rosso signed on the dotted line, agreeing to team up with Honda in 2018, far less Renault admitting that it was to drop Red Bull, Pitpass suggested that the Austrian team would likely end up running the Japanese engines in 2019.

Four months later and a Red Bull-Honda partnership appears not as far-fetched as many had suggested.

Talking to the official F1 website, Helmut Marko, while admitting his satisfaction at the Toro Rosso deal, also confirms that Red Bull will be watching its sister team's progress.

"We are very happy with the Toro Rosso and Honda cooperation," he said. "Toro Rosso will put all its efforts into making a competitive chassis.

"We do believe in Honda," he added, though not revealing exactly which "we" he is referring to, "otherwise we wouldn't have made that deal.

"I am very impressed with the facilities that they have and their determination to win. It is just a matter of bringing everything together and we believe that this moment will arrive sooner than everybody is expecting.

"We will observe very closely," he admits, "beyond 2018 everything is open!"

On the topic of engines, a sore point with Red Bull for as long as anyone can remember, Marko is asked about the direction the port is taking.

"Clearly it could not go on like it was," he says. "The rules are too complicated.

"The fan should be king," he adds. "He should easily understand what is going on, and that is not possible with the current engine rules.

"Of course I also see Toto's viewpoint: if he loses his engine he loses most of his advantage, so he is fighting against it.

"How will it end? I think we will get technically simpler engines, less expensive but more noisy. We are moving there."