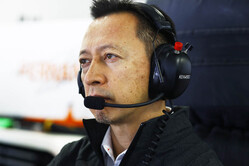 Speaking earlier this week, while revealing that McLaren is giving its partnership with Honda another ninety days before it makes a decision on the long-term future of the, Zak Brown claimed that the Japanese manufacturer appeared a bit lost.

"Honda's working very hard but they seem a bit lost," he told Reuters. "We were only told recently that we wouldn't have the upgrade coming (in Canada)," he continued, "and we don't have a definitive timeline, which is concerning because the pain is great and we can't sit around forever.

"The (McLaren) executive committee have now given us our marching orders," he admitted. "We're not going to go into another year like this, in hope."

"It is very difficult, it is very unfortunate, I can't convince them we are going in the right direction," he said.

"I am confident we are not lost. We still need some more time but we are doing the right thing. We are doing many things to speed up our development but I don't disclose what.

"I was not surprised," he continued, referring to Brown's comments. "It's no wonder he has complained, he is frustrated.

"I'm frustrated," he admitted, "I'm disappointed, the team is disappointed. This is a very difficult, tough situation.

"We are strong and connected as a team," he insisted. "We have decided to overcome these very tough conditions as a team together. We're working together to improve the situation."