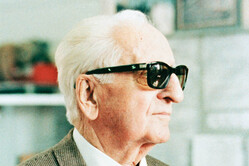 Bernie Ecclestone has defended the £80m 'historic' bonus payment to Ferrari which is now under threat.

Despite the fact that Ferrari won only three Grands Prix in 2015, the Italian outfit walked away with more prize money than world champions Mercedes... and when the 2016 figures are revealed it is likely that the Maranello marque will remain the best rewarded even though it never once made it to the top step of the podium.

The reason for this is due to a complicated series of deals put together by Bernie Ecclestone which sees some teams pick up special bonuses in addition to their 'regular' prize money.

F1's eleven teams received £732.7m ($903.8m) of prize money in 2015, according to the sport's accounts, and while the eleventh-placed team Manor received next to nothing, Ferrari took home an estimated £139m ($172m) even though it hasn't won the constructors' championship since 2008.

Indeed, of the 945 Grands Prix that have formed the Formula One World Championship since 1950, Ferrari has missed just 16 races... usually through tantrums pulled by team founder Enzo Ferrari.

At a time Chase Carey has admitted that in a bid to level the playing field the bonus - and those handed to the likes of Red Bull and Williams - may be scrapped.

Bernie Ecclestone however, has defended the bonus payment saying that a time CVC was preparing to take F1 to the stock market, guarantees were needed that would get the teams to commit to the future of F1.

"Why did it happen? It's very simple," he told Sky Sports News. "CVC, at that time, wanted to have a public offering. We wanted to make sure before they went into the market that we could guarantee the teams would be there. When we looked at all the teams to see who could actually commit to 2020, and when they committed would be there, because a lot of the teams say 'we'll sign it', but would sign anything and then go out of business the next week. It wouldn't have made any difference.

"We got a real commitment right from the top of the big companies," he admits, "so they needed to be rewarded for making their long term commitment. They said 'we need something for that' and quite rightly so. And that's what happened."

The current bonus system remains in place until 2020 when the current Concorde Agreement runs out, and already Ferrari President Sergio Marchionne has warned that it needs clarity on the issue.

Recently, Toto Wolff and Niki Lauda both committed to Mercedes until 2020, leading to fears that the German manufacturer might feel it has done enough by that point.

Asked if he fears the likes of Ferrari and Mercedes could walk away from the sport, Ecclestone admits: "Someone told me the other day that since Formula 1 started we've had more than 70 teams, which I didn't believe. But knowing the person that told me, it must be true.

"Nothing's forever, so you don't know," he continues. "If someone upsets Ferrari they could stop. Probably Mercedes will win another couple of championships, then maybe they'll say 'we've seen it and done it'."