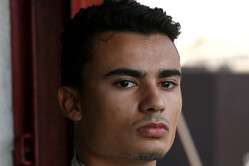 When Nico Rosberg made his shock decision to retire, many assumed that Mercedes would turn to its protege Pascal Wehrlein who had been marking time with Manor.

However, it became clear early on that the German youngster was not guaranteed the promotion and as the Brackley squad cast its net for a suitable replacement Wehrlein's chances were looking slim. Indeed, having been snubbed by Force India in favour of his Manor teammate, Esteban Ocon, and with the British team in financial trouble, Wehrlein's hopes of any 2017 seat were looking remote.

Asked if (Mercedes boss) Toto Wolff believed that a year in F1 was not enough experience for the seat in the second Silver Arrow, Wehrlein replied: "That is what he said," according to Motorsport.com.

"One year of experience is not enough. It was quite clear," he continued. "He said, 'we think it would be good for you to have more experience, one year was not enough and especially in the second year, drivers are always making big progress'.

"I think Mercedes wants to have a perfect driver, who is at his limit," he admitted. "At the moment I am not on my limit where I could be, because of the lack of experience and that is quite clear."

The German was eventually found a berth at Sauber, but due to the Swiss outfit's problems he faces an equally tough year.

On the other hand, Wehrlein is aware that Valtteri Bottas - the man who did get the Mercedes gig - is on a one-year deal. Consequently, should the Finn disappoint or Wehrlein - the 2015 DTM champion with Mercedes - shows his mettle with Sauber, a seat alongside Lewis Hamilton in 2018 is possible.