Reprimands for Magnussen and Massa 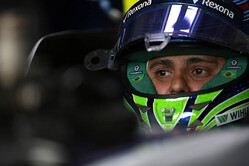 Both drivers were called before the Suzuka stewards for returning too slowly to the pits having completed their flying laps.

At each event officials set a maximum time drivers are allowed to take on their out and in laps in an attempt to ensure that they are not travelling that slowly that they impede fellow drivers, the time limit this weekend is 1:57.000.

Magnussen and Massa were both deemed to have exceeded the time, a breach of Article 27.5 of the Sporting Regulations, however, as neither driver impeded anyone in both cases a reprimand was judged sufficient punishment.

In the Brazilian's case it was the first reprimand of a career which has lasted fourteen seasons.

"I thought I was going to finish my career without a reprimand, but it was not possible," he said, revealing that it was a problem with the display on his dashboard which was at fault.

"We have a display on the steering wheel, but for whatever reason the display was not there for my in-lap," he said. "So I thought it was okay. I was slow but you always try to be as slow as you can and I thought it was no problem. There was nobody coming anyway. I was just too slow, but there was no reason for that. The rules are a little bit strange."

The Brazilian veteran and teammate Valtteri Bottas both missed the cut in Q2, while constructors' title rivals saw both its drivers finish in the top nine.