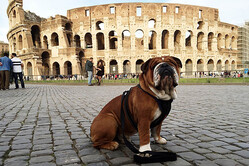 Now in its fourth year, the Zoom charity auction is held in aid of Great Ormond Street Hospital Children's Charity.

Throughout the 2015 season, the stars of F1 were each asked to take a photograph, which gives a window into their high-octane lives.

All of the photographs have been signed by the participants and will be auctioned by Coys (www.coys.co.uk) during an exclusive gala evening at London's InterContinental Park Lane on Friday 5th February. It will be followed by an online auction on the Coys website of a selection of the signed photos which anyone worldwide can bid for.

Zoom is the only auction of signed photos taken by the stars of any sport. It gives fans a glimpse behind the scenes at the track and reveals how F1's superstars enjoy themselves away from it. The photos are like personal postcards from the sport's biggest names and they come from all over the globe. 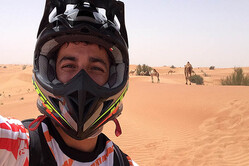 World champion Lewis Hamilton's photo is of his beloved bulldog Roscoe sitting like an emperor in front of the Colosseum in Rome. In contrast, Red Bull Racing's Daniel Ricciardo took his snapshot from a trek through the desert with camels whilst Jenson Button chose a mountain bike trail in Australia prior to the Grand Prix.

F1 presenter Suzi Perry will once again return to host this year's Zoom auction. "I'm thrilled to be involved with the Zoom charity auction event again this year," she said. "It raises serious money for Great Ormond Street Hospital and is a fantastic opportunity for race fans to buy one off photos signed by their racing heroes."

"Once again we would like to thank the teams and drivers, Bernie Ecclestone, the other participants and all our partners for their support," added Christian Sylt, co-founder of Zoom. "We are looking forward to building on the success of the three previous events to raise more money for Great Ormond Street Hospital Children's Charity through the auction of these unique images."

"We're delighted to be working with Zoom for the fourth year on this exciting project, which brings together our supporters in the F1 community," said Alison Reed, Head of Special Events at Great Ormond Street Hospital Children's Charity. "The money raised will make a real difference to patients and families from across the UK. We'd like to thank Zoom and the F1 community for their continued support and generosity."