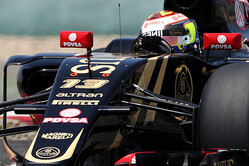 Today's hearing in the High Court in London, where Her Majesty's Revenue & Customs (HMRC) is seeking unpaid taxes for Lotus, saw the case adjourned until 7 December in the wake of Renault's Letter of Intent to acquire the team.

According to Reuters, lawyers for Renault have said that HMRC will be paid "imminently", as a result HMRC did not oppose the adjournment.

Consequently, Judge Birss agreed to adjourn the case until 7 December, or the next available court date after that.

Judge Birss had previously warned that the adjournment would be the last, leaving the Enstone outfit facing administration.

Today's Letter of Intent was issued just hours before the case was due to be heard.